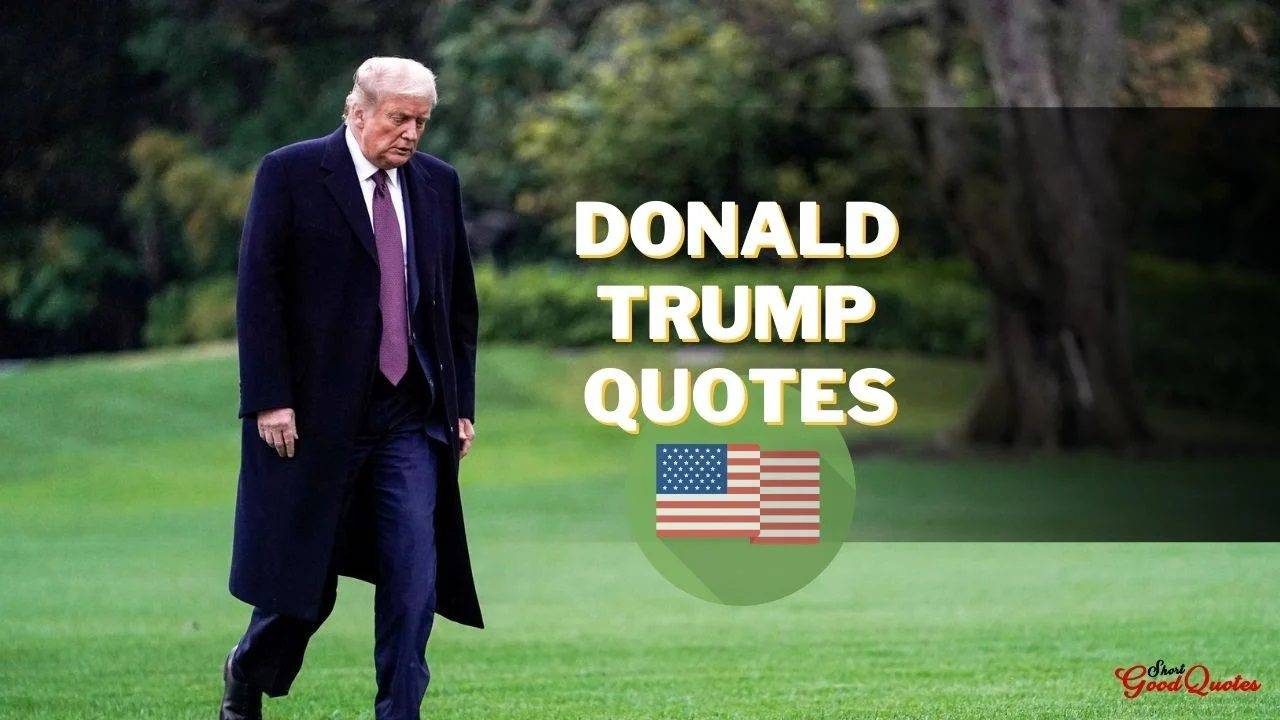 Donald John Trump was the 45th President of the United States. He believes that the United States has enormous potential and that it will surpass even its previous successes. Trump was a businessman and a television personality before entering politics. We learned about his early life, political, business, and media careers, schooling, and more in this piece.

Maryanne Trump Barry, Donald’s eldest sister, worked as a federal district court judge and later as a judge on the United States Court of Appeals for the Third Circuit until her retirement. His elder brother, Frederick, Jr. (Freddy), worked briefly for his father’s business before becoming an airline pilot.

From kindergarten through seventh grade, Donald J. Trump attended Kew Forest School. At the age of 13, he enrolled in the New York Military Academy. He attended Fordham University in the year 1964. He receives his bachelor’s degree in finance from the University of Pennsylvania’s Wharton School of Finance in May 1968.

Following in his father’s footsteps, Donald Trump started the real estate development business after graduating in 1968. He became the president of his father’s company, Trump Management, in 1971, and made a name for himself in New York City. His name became associated with Manhattan’s most prestigious addresses and, as a result, the rest of the world. Trump Organization is his business empire.

Donald Trump is also a published novelist, with over fourteen best-sellers to his credit. His debut book, The Art of the Deal, spent 48 weeks on the New York Times bestseller list.

In 2003, he co-produced and presented The Apprentice, a reality show. The competitors competed for a year of work at the Trump Organization, and he performed the role of a Chief Executive. He also co-hosted The Celebrity Apprentice, a similar version of the reality show in which celebrities fought for charity money.

He was a guest on the Howard Stern Show, a nationally syndicated radio show, for around 24 occasions. He was awarded a weekly unpaid guest analyst slot on Fox & Friends in 2011, which he kept until he ran for president in 2015.

Donald Trump’s political party affiliation changed numerous times. He first registered as a Republican in Manhattan in 1987, then transferred to the Reform Party, then the Democratic Party, and finally returned to the Republican Party in 1999, 2001, and 2009.

He launched his candidacy for President on June 16, 2015. During the Republican primaries in July 2016, he defeated 17 other candidates.

With the votes of more than 62 million Americans, he was elected President on November 8, 2016, in the biggest Electoral College landslide for a Republican in 28 years. This is the most votes ever cast for a Republican candidate in American history.

Trump will seek re-election in the 2020 presidential election in the United States. On August 24, 2020, he was announced as the Republican Party’s nominee.
Former President of the United States Donald Trump expressed his best wishes to the Biden administration in his farewell address to the country on January 19, 2021.
“We inaugurate a new government this week, and we hope for its success in keeping America secure and prosperous,” he said.”
He went on to say, “It was, without a doubt, the most hardest. I didn’t choose the way that would receive the least amount of criticism. Because you chose me to do so, I took on the toughest battles, the most difficult conflicts, and the most difficult decisions. My first and final unwavering focus was on your needs.

Trump, in addition to being a politician, is a successful businessman who has amassed wealth over the course of his career. He became the oldest person to be elected president and the first without prior military or government service when he was elected.

Over the years, President Donald Trump has made a number of outrageous statements directed at women, minorities, and others. We have compiled a list of Donald Trump’s Famous Quotes that are motivational, most offensive and outrageous quotes to date.

“I am the only one who can make America truly great again!” —Donald Trump 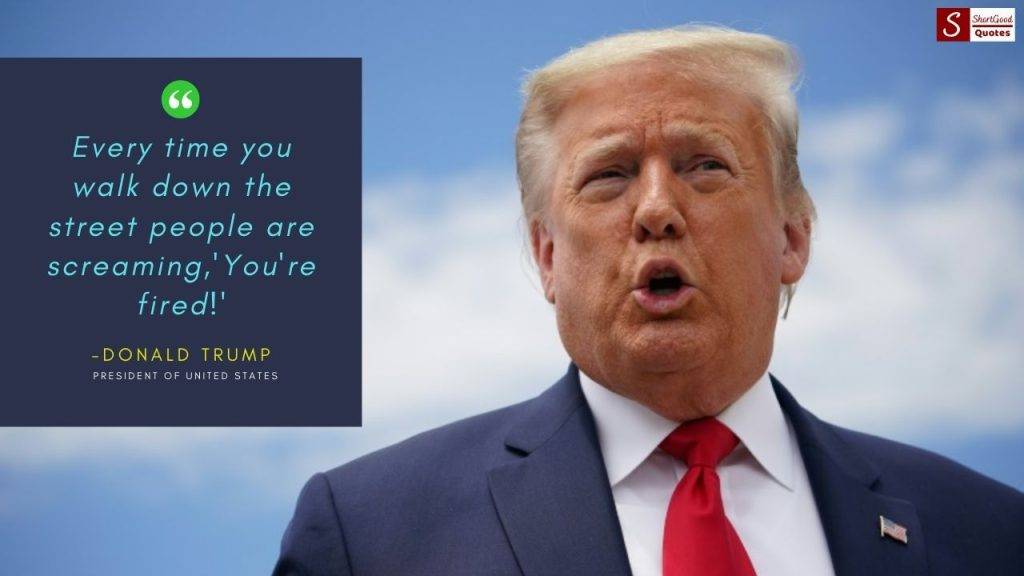 “I don’t like to sit back and gloat, because the world is fragile. Life is fragile, so I never really gloat.” —Donald Trump 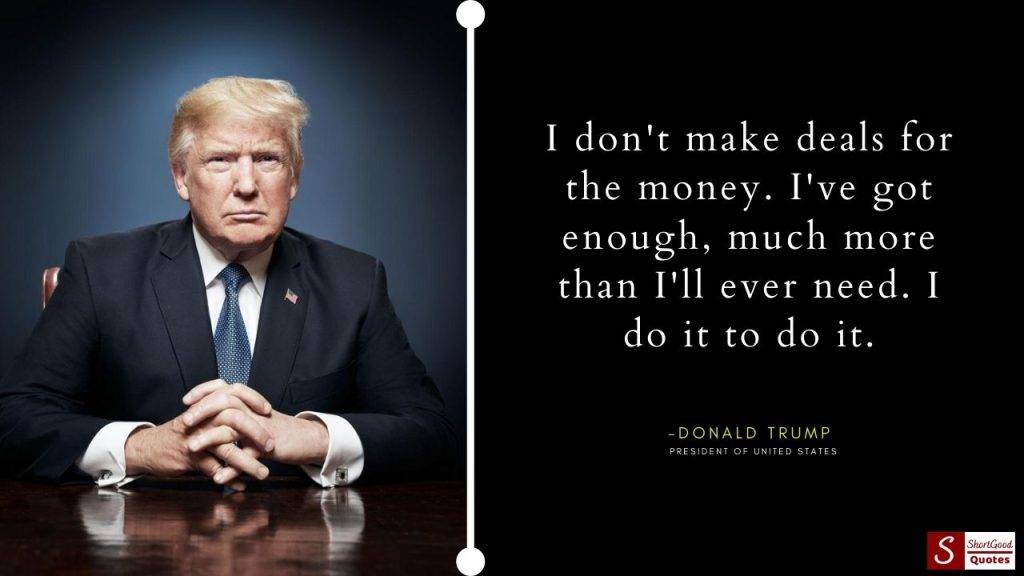 “You have to think anyway, so why not think big?” —Donald Trump 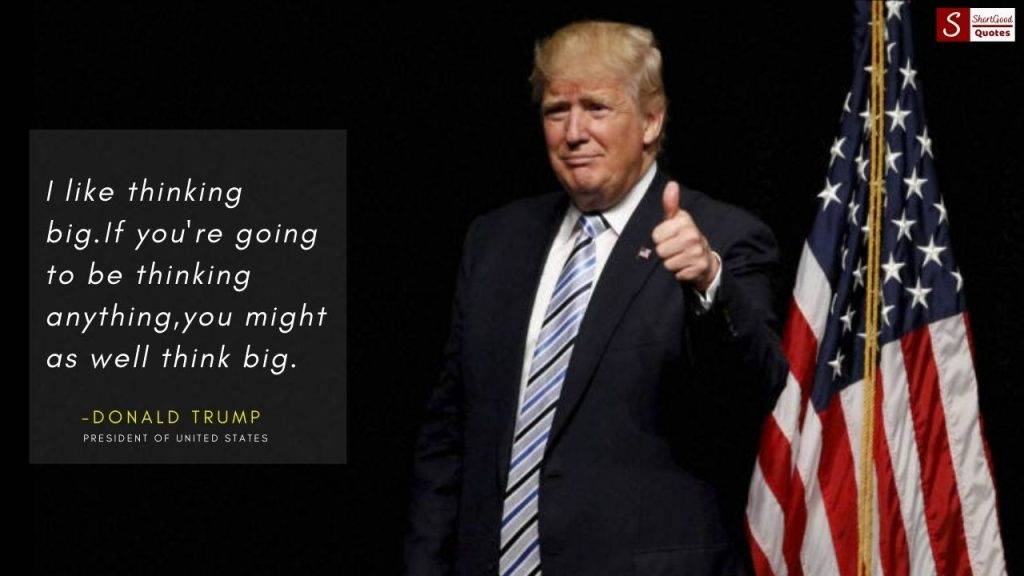 “Life is actually a series of tests. It’s a social test, a happiness test, a business success test. You’d like to get A’s in all of them.” —Donald Trump 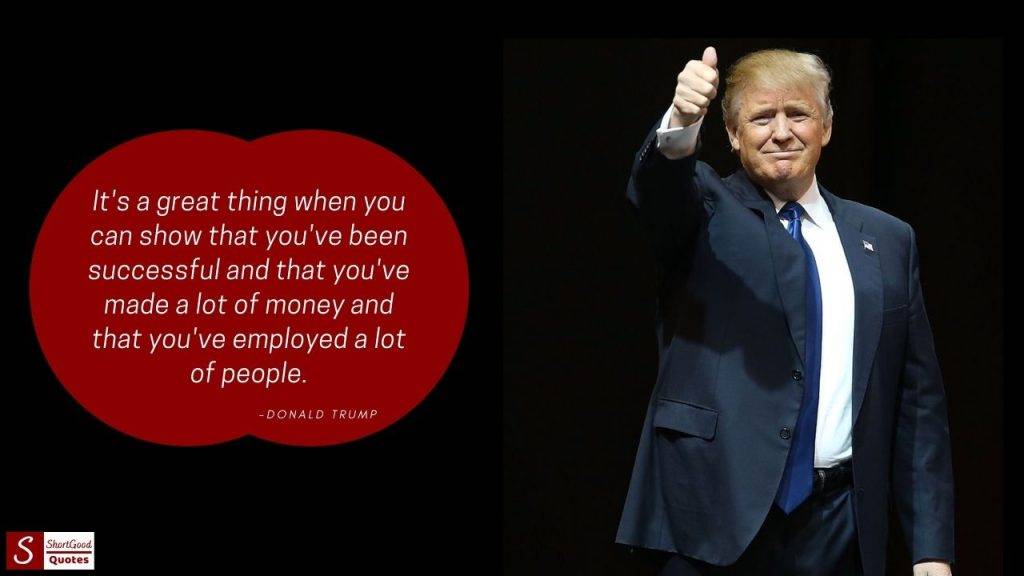 “Nothing is easy, but who wants nothing?” —Donald Trump 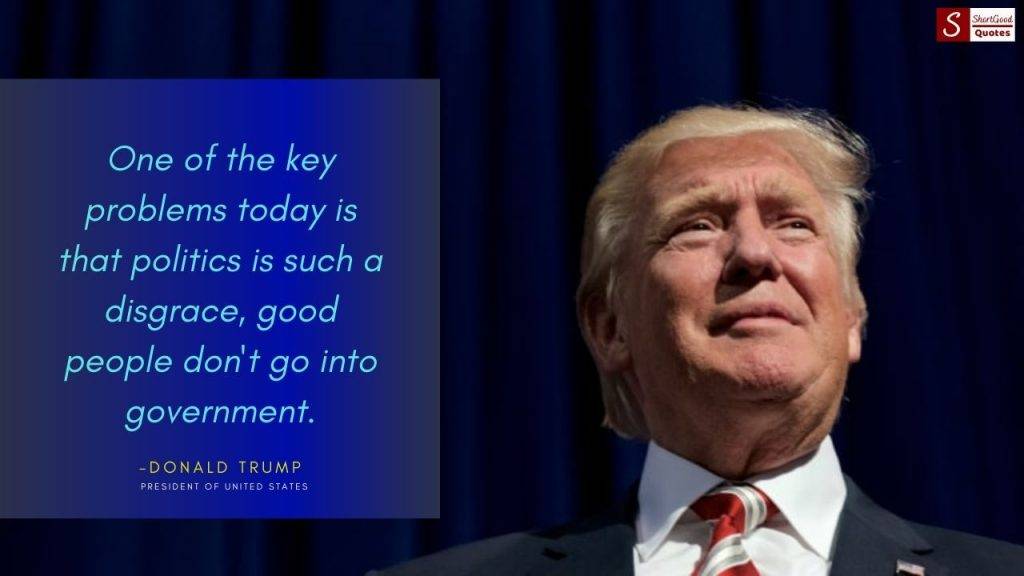 “I don’t think I changed a lot although I learned a lot. Adversity can be a wonderful teacher. Some people can’t handle the pressure of it. For me, it was a great thing. I learned about myself going through tough times. I guess I learned well.” —Donald Trump 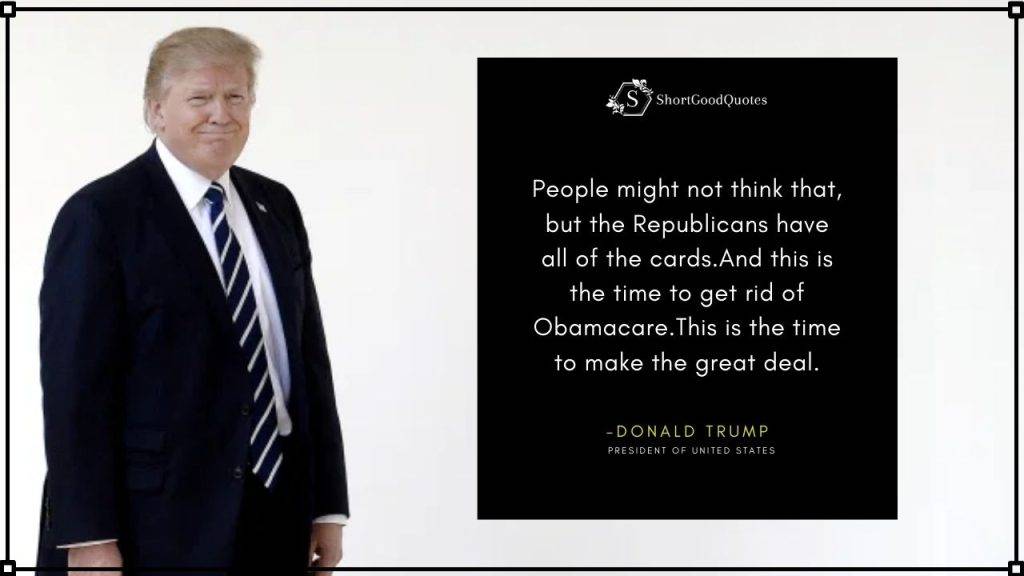 “Sheer persistence is the difference between success and failure.” —Donald Trump

“You can’t be scared. You do your thing, you hold your ground, you stand up tall, and whatever happens, happens.” —Donald Trump 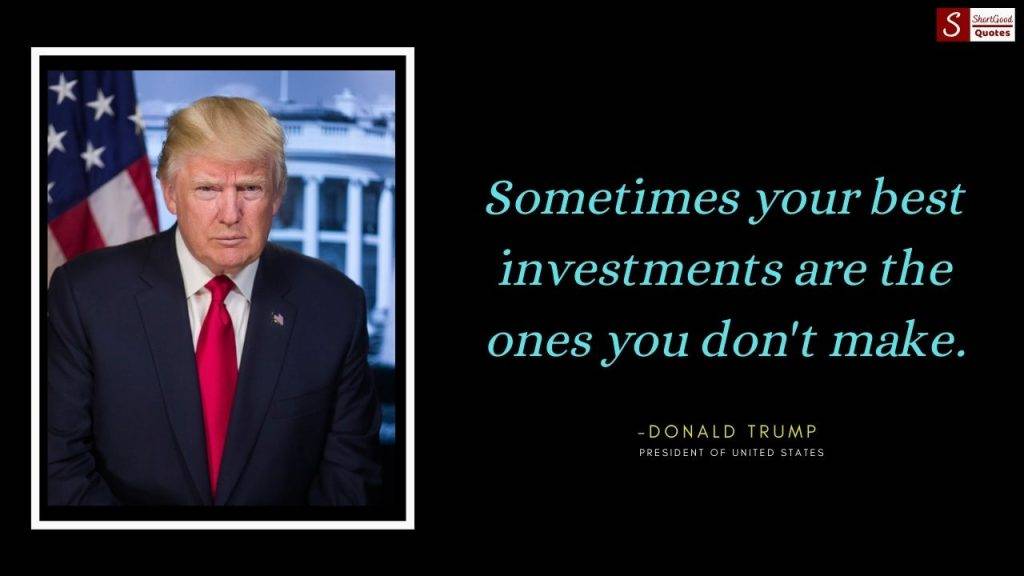 “This very expensive GLOBAL WARMING bullshit has got to stop. Our planet is freezing, record low temps and our GW scientists are stuck in ice.” —Donald Trump 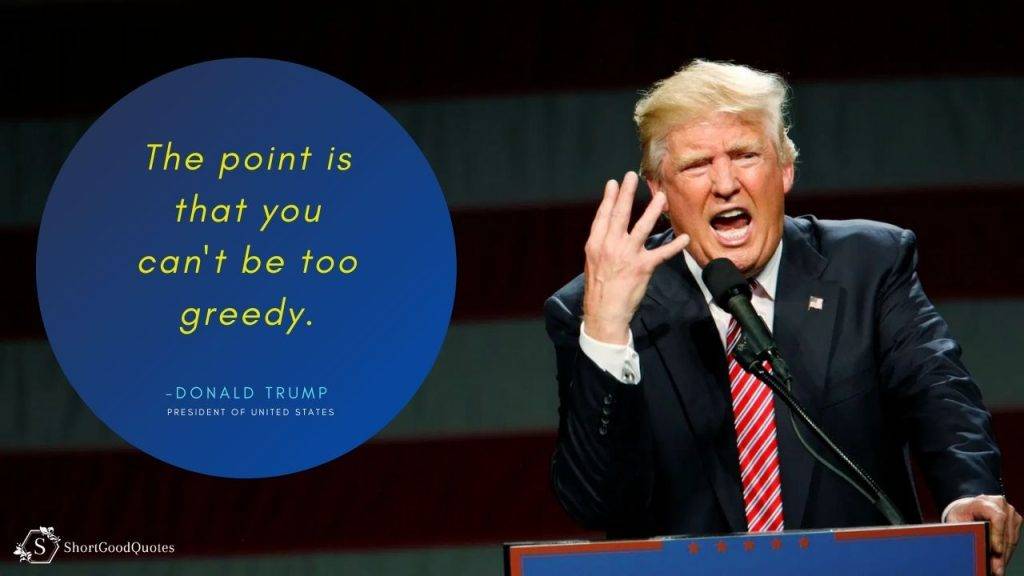 “I’m an environmentalist. A lot of people don’t understand that. I think I know more about the environment than most people.” —Donald Trump 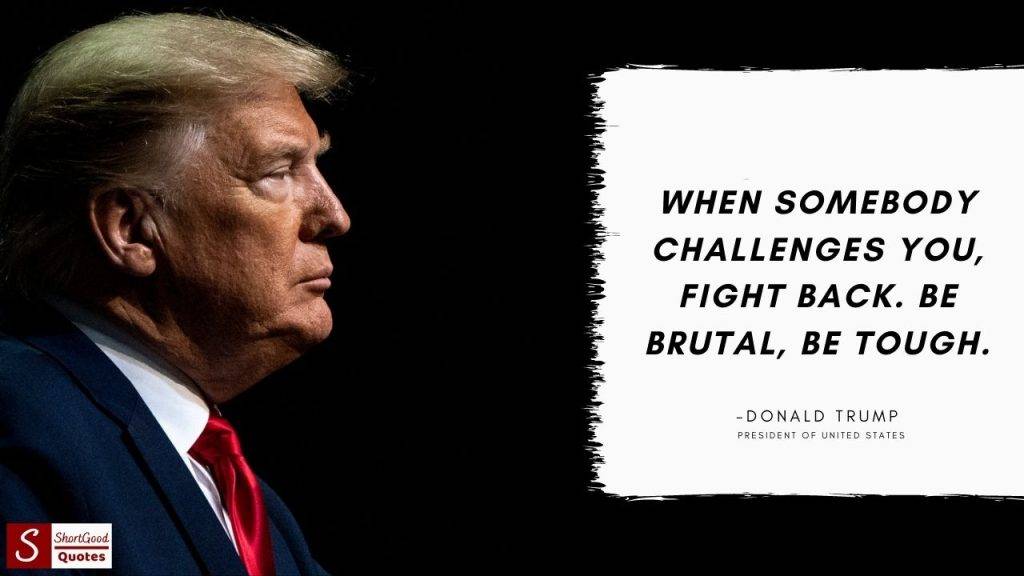 “When you are wronged repeatedly, the worst thing you can do is continue taking it – fight back!” —Donald Trump 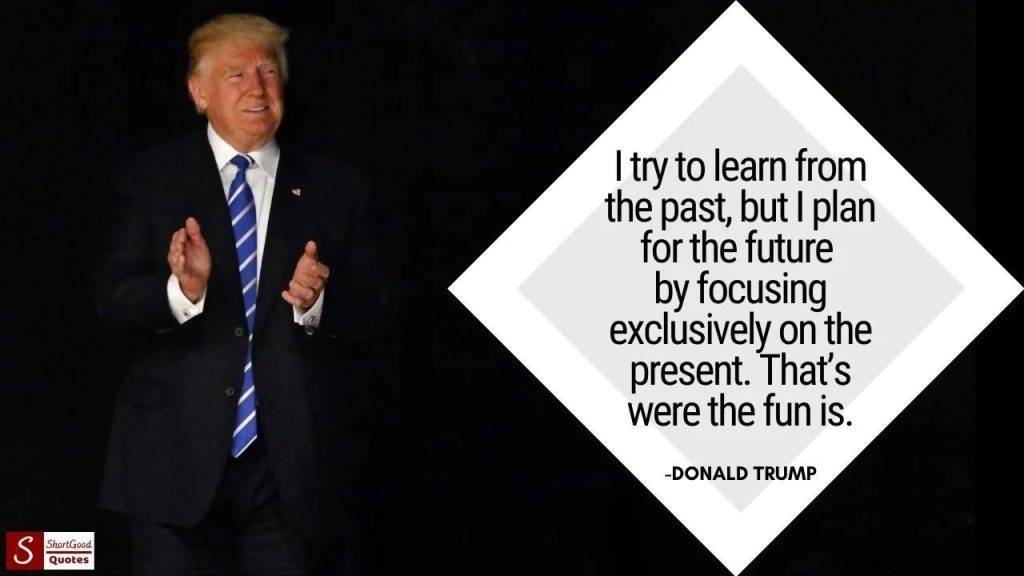 “Friendship can be really tested only in bad times.” —Donald Trump 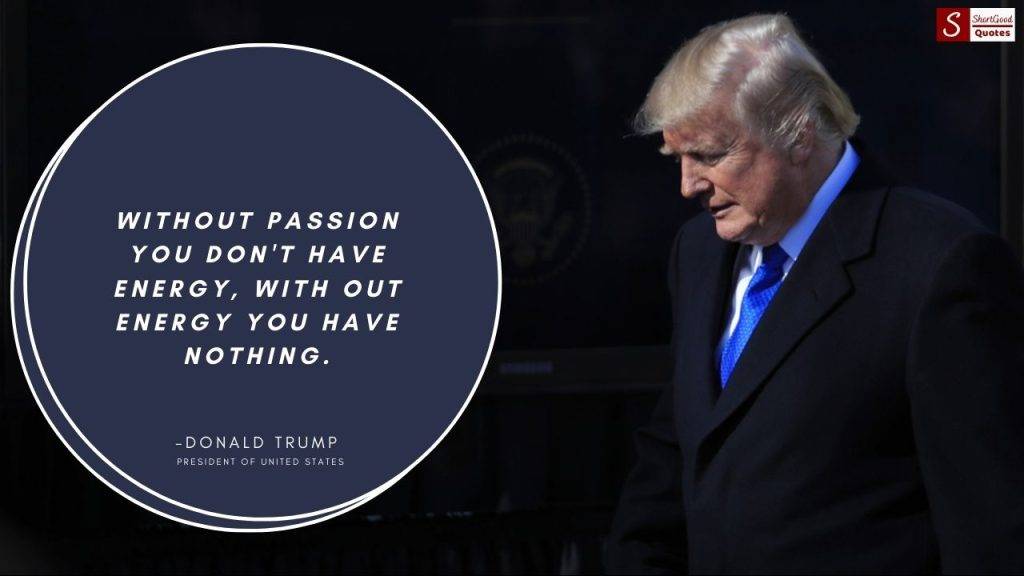 “But I believe in fair trade, and I will tell you, I have many, many friends heading up corporations, and people that do just business in China, they say it’s virtually impossible. It’s very, very hard to come into China. And yet, we welcome them with open arms.” —Donald Trump 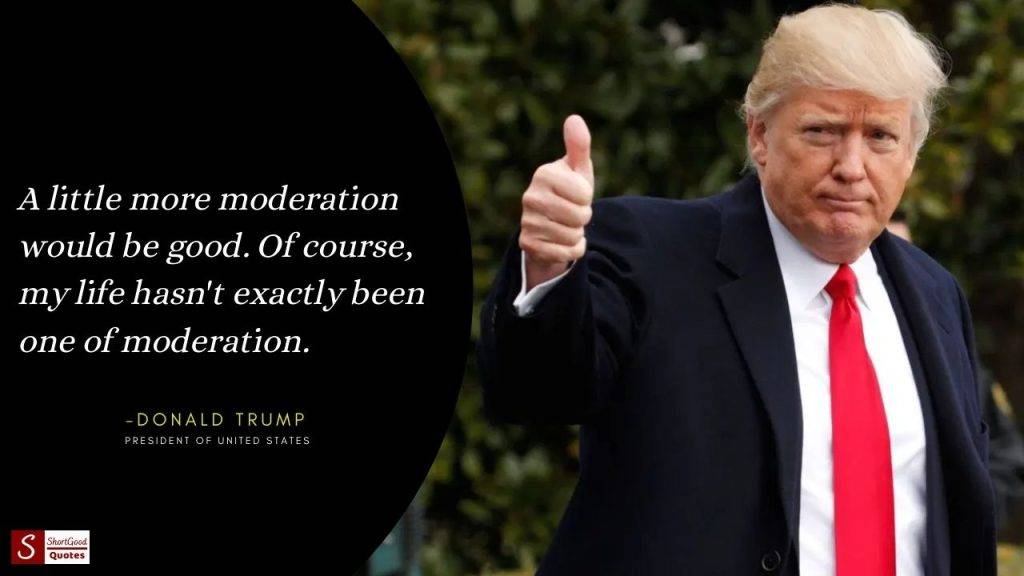 “I have never fired anyone or kept anyone because of ratings or because of entertainment. I keep the people that I think are the best.” —Donald Trump 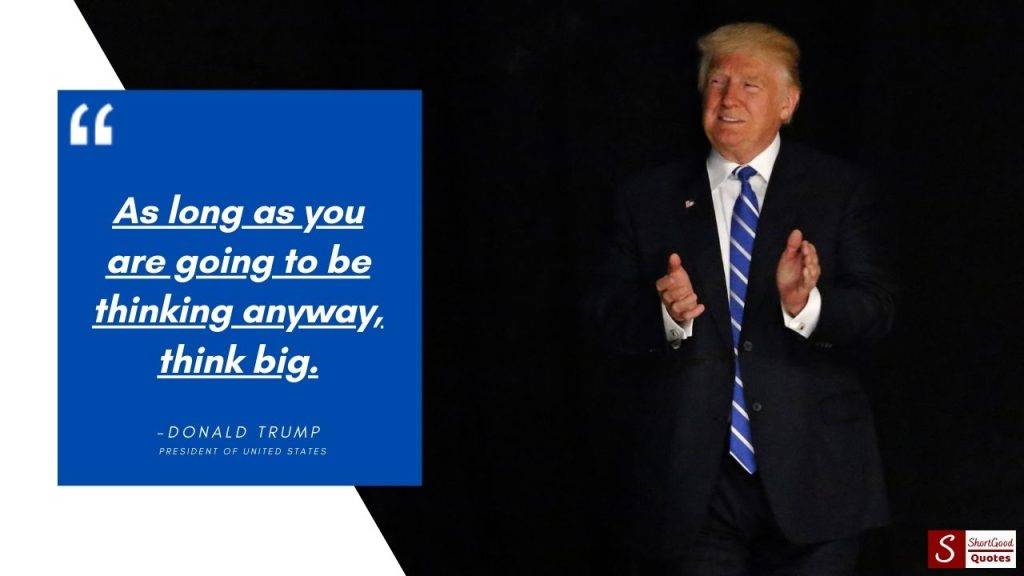 “When luck is on your side it is not the time to be modest or timid. It is the time to go for the biggest success you can possibly achieve.” —Donald Trump 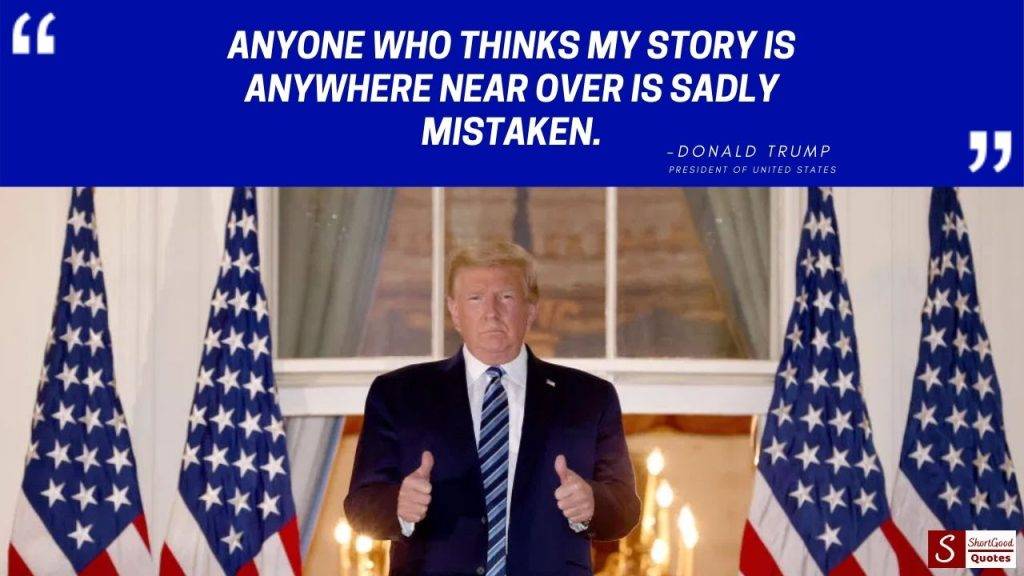 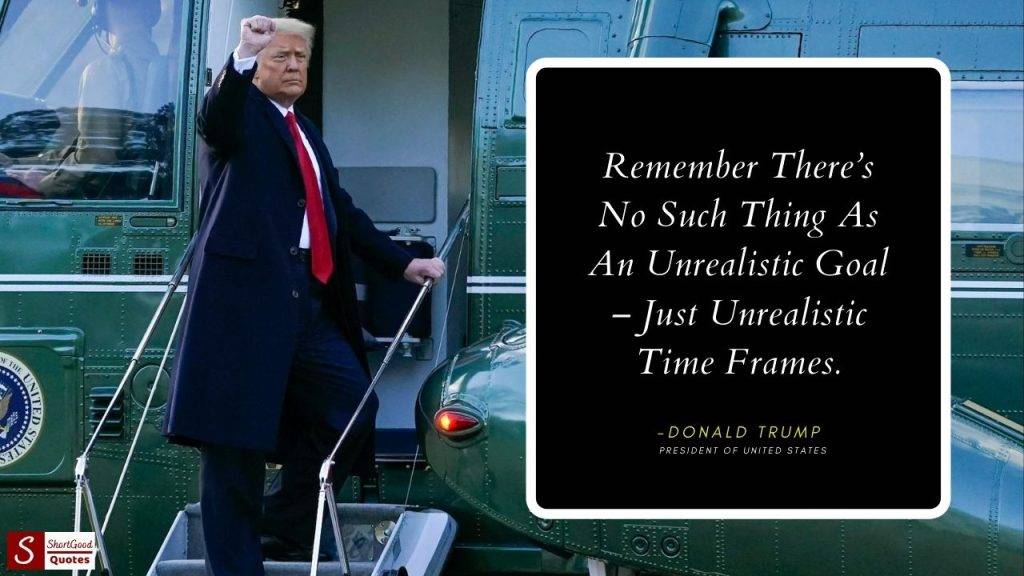 “If you’re going to be truly successful, then set yourself apart from everyone else. Go beyond the limits of what classifies the average person and be exceptional.” —Donald Trump 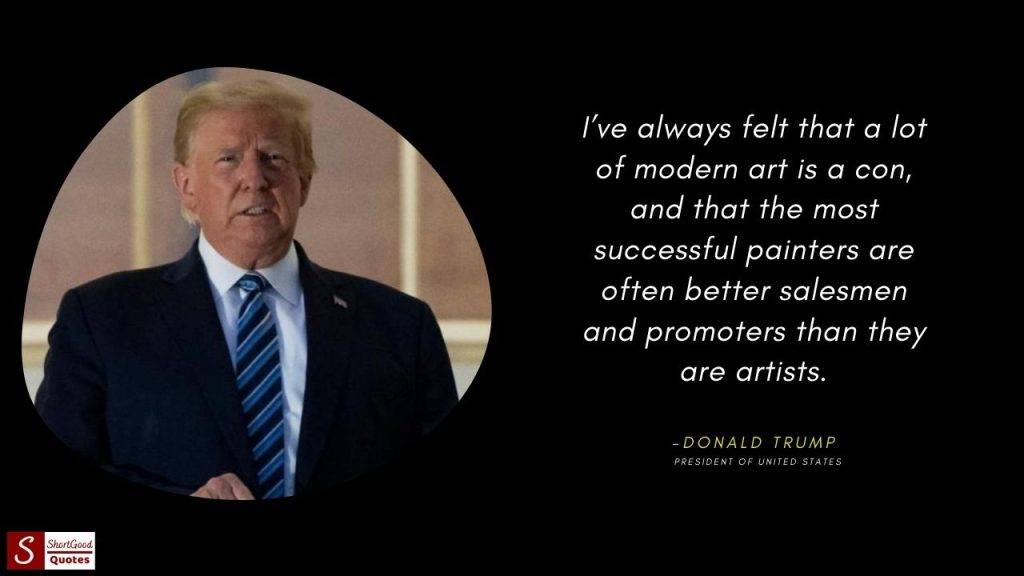 “Sometimes I don’t like people. And, you know, it doesn’t bother me. The hard ones are when you really like somebody, really respect somebody and they make a mistake.” —Donald Trump 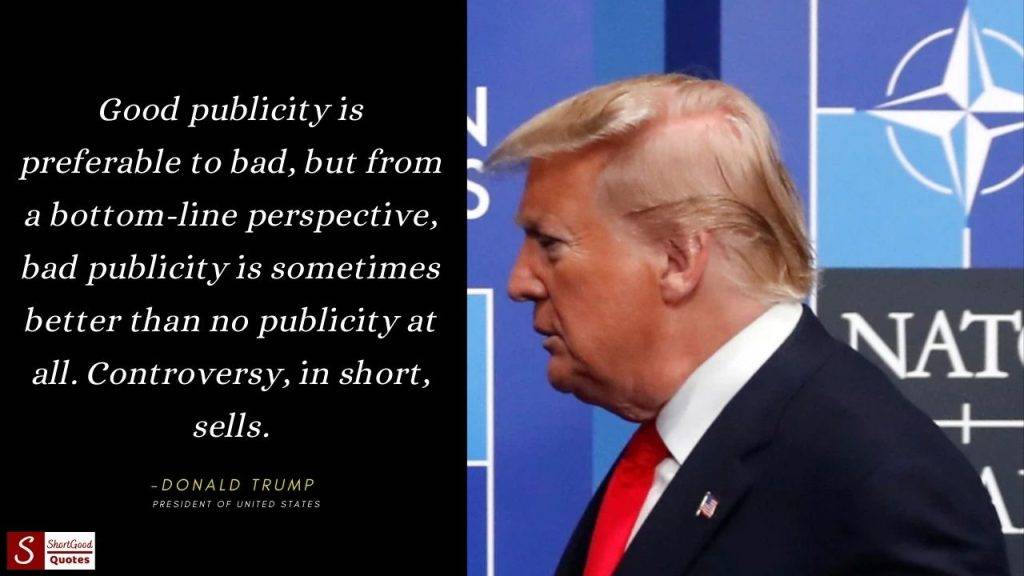 1. In 1982, Forbes listed Trump as one of the wealthiest people in the world, with a portion of his family’s estimated $200 million net worth.

2. Forbes assessed his net worth at 2.1 billion dollars in its 2020 Billionaire list, making him the first billionaire American President.

3. According to The New York Times, Trump was a millionaire by the age of eight, after borrowing at least $60 million from his father and failing to repay him.

4. Trump has personally guaranteed debt of 241 million dollars, the majority of which is due by 2024. Lenders may contemplate foreclosing on a sitting president if he is re-elected and fails to repay or restructure the debt.

5. Trump employed ghostwriters to write books on business, finance, or politics. His book, The Art of the Deal, was ghostwritten by Tony Schwartz. The book is Trump’s second favorite after the Bible.

7. Donald Trump’s mother was a Scottish immigrant to the United States in 1930. She was formerly employed as a domestic helper.

8. When the Justice Department charged Trump of breaking the “Fair Housing Act” in 1973, he was thrust into the spotlight for the first time.

9. Trump’s Vodka, his own vodka brand, was released in 2006. Trump also has his own bottled water brand, “Trump Ice.”

10. After previous US President Ronald Reagan, he is the only US President to have a star on the “Hollywood Walk of Fame.”

12. He’s been nominated for a “Emmy Award” twice. He also belongs to the “Screen Actors Guild.”

14. He took over as host and Executive Producer of the NBC reality show “The Apprentice” in 2009.

15. In 2013, Trump was inducted into the celebrity wing of the WWE Hall of Fame.

16. Donald Trump has made cameo appearances in eight films and TV shows.

17. Donald Trump is close buddies with Vince McMahon, the owner of the WWE. He is also a World Wrestling Entertainment enthusiast (WWE).

18. He was inaugurated as the 45th President of the United States of America on November 8, 2016. He is also the longest-serving president in American history.

We believe these Donald Trump’s quotations should have motivated you to find a way to win even when the odds are stacked against you. What was your favorite of Donald Trump’s famous quotes? What more Donald Trump quotes do you think should be included in the list? Please share your thoughts in the comments area below.

Super Surreal Nail Art: The Sky is the Limit

Top Tip: How to Find Your Signature Scent This Spring

Top Tip: How to Find Your Signature Scent This Spring

Most Popular Time Quotes that Define the Reality 2021

ABOUT US
Newspaper is your news, entertainment, music & fashion website. We provide you with the latest news and videos straight from the entertainment industry.
FOLLOW US
© Newspaper WordPress Theme by TagDiv