Father’s Day is a great opportunity to appreciate the love and effort of our fathers. We list some Sweet Happy Father’s Day Quotes for you.

While being a parent might be difficult, letting the father or father figure in your life know how much he is appreciated may make the work more than worthwhile.

Finding the appropriate words to express your gratitude for his being in your life, on the other hand, might be difficult. There are plenty of meaningful, unforgettable quotations about fathers to select from to get you started.

Choose your favorite and put the words in a meaningful message to express your thoughts, or use the quotations as a caption for an Instagram pic of you and your Dad.

Even just making a virtual Father’s Day call and sharing your favorite phrase will make you feel closer to your father. You might not have seen your dads in a long time, and you may still be unable to visit each other on June 20. Even if you can’t be with your father in person on this special day, you may reach out to him with these kind remarks.

A heartfelt Father’s Day greeting from his son and daughter may make him feel truly cherished. Our collection of one-of-a-kind and inspirational Father’s Day messages is precisely what you need to make him smile on this special day.

Because our words may sometimes be more powerful than our actions. Whatever unique plans you make for him, you should never pass up the opportunity to enhance his delight by sending him some fantastic Father’s Day notes.

It’s not simple to come up with the perfect Father’s Day messaging. However, if you’re reading this, you’ve come to the correct place to locate some fantastic Father’s Day Messages. 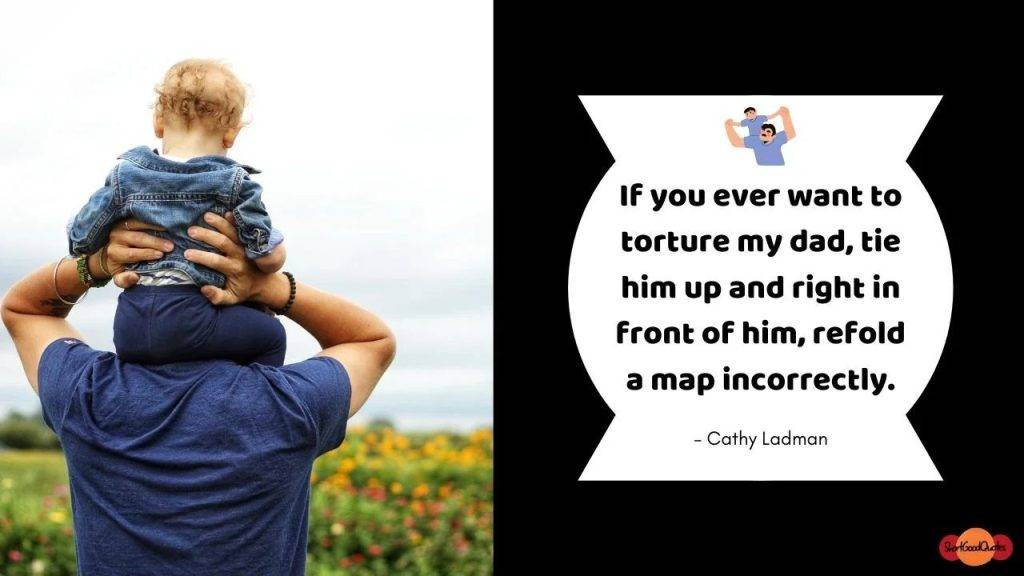 “One father is more than a hundred schoolmasters.”  – George Herbert 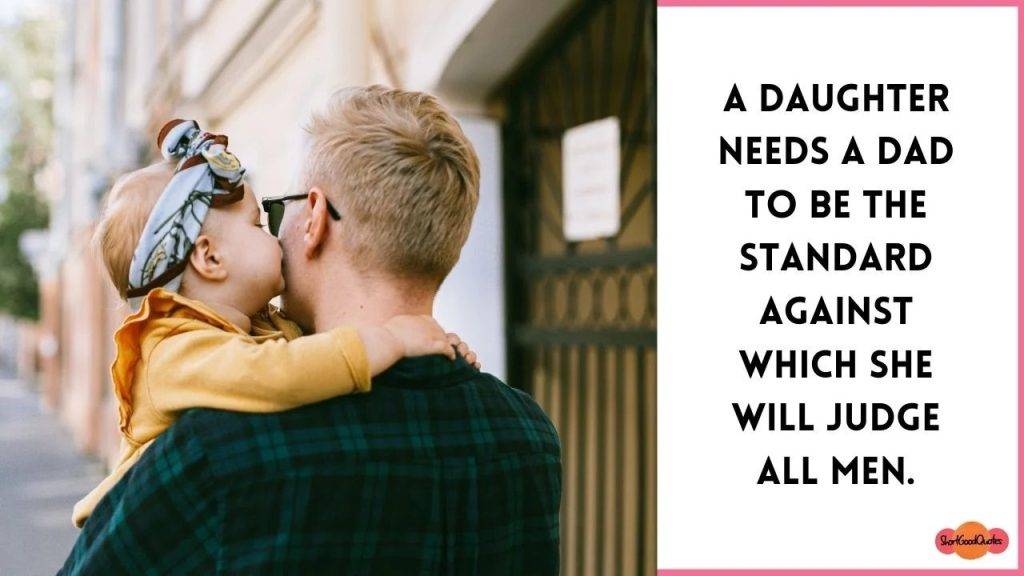 “I hope I can be as good of a father to my son as my dad was to me.” – Calvin Johnson 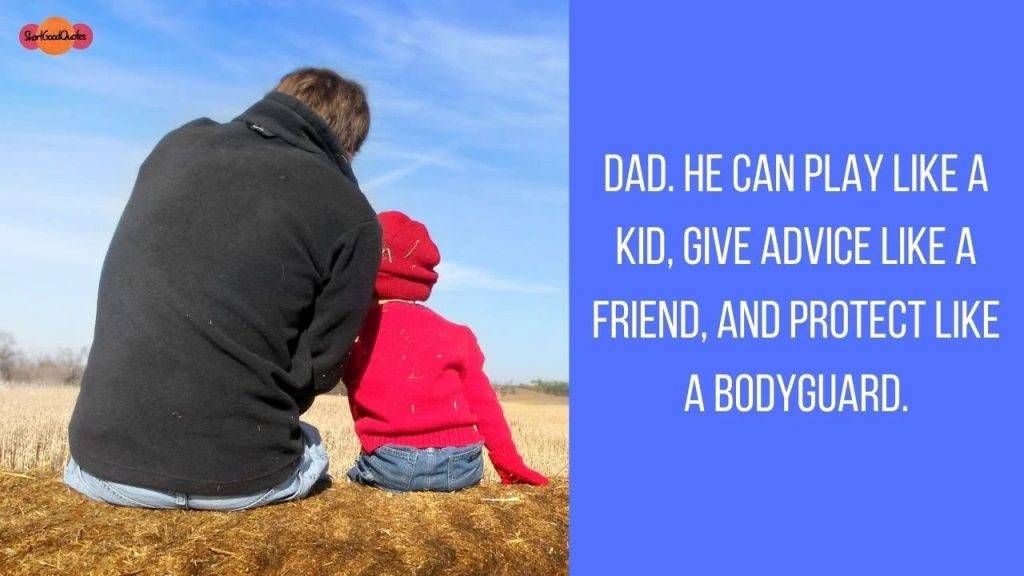 “The heart of a father is the masterpiece of nature.” – Prevost Abbe 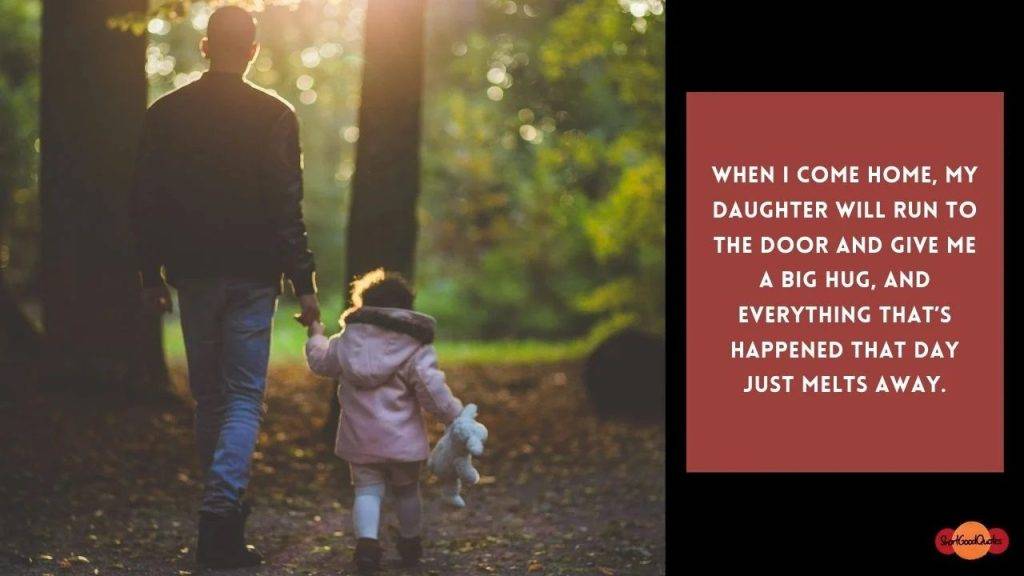 “Some people don’t believe in heroes but they haven’t met my dad.” – Unknown 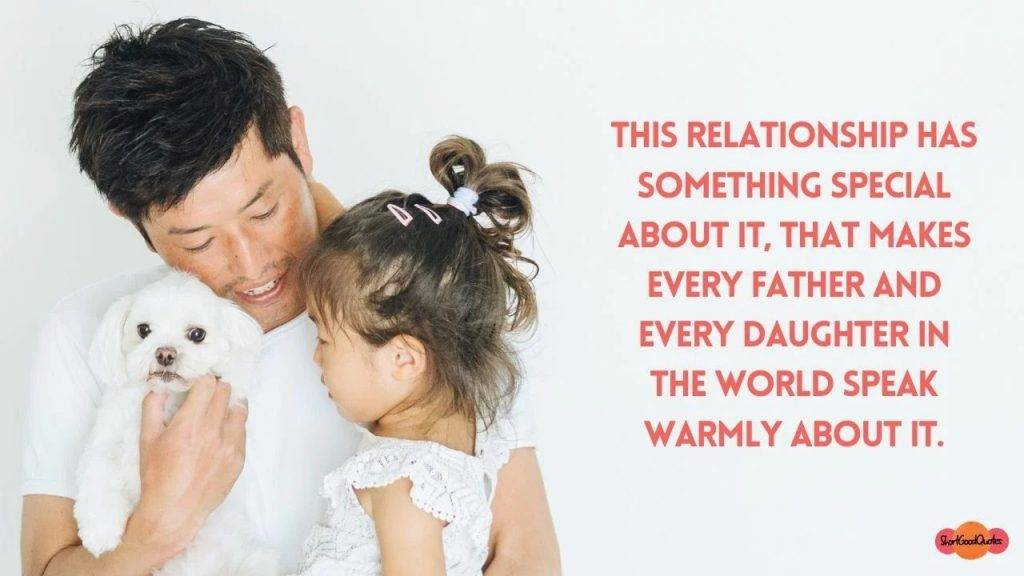 As a daughter, if I offered to be born once more, I’d ask for you to be my dad again. You’re the best dad in the world. Happy Father’s Day. 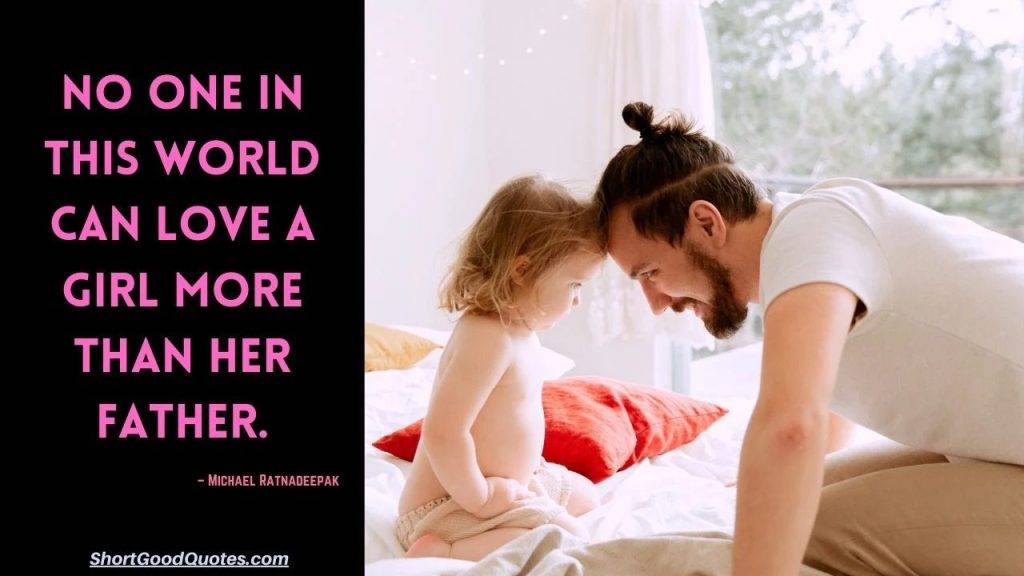 To me, you will always be another name for love. Happy Father’s Day, Papa! 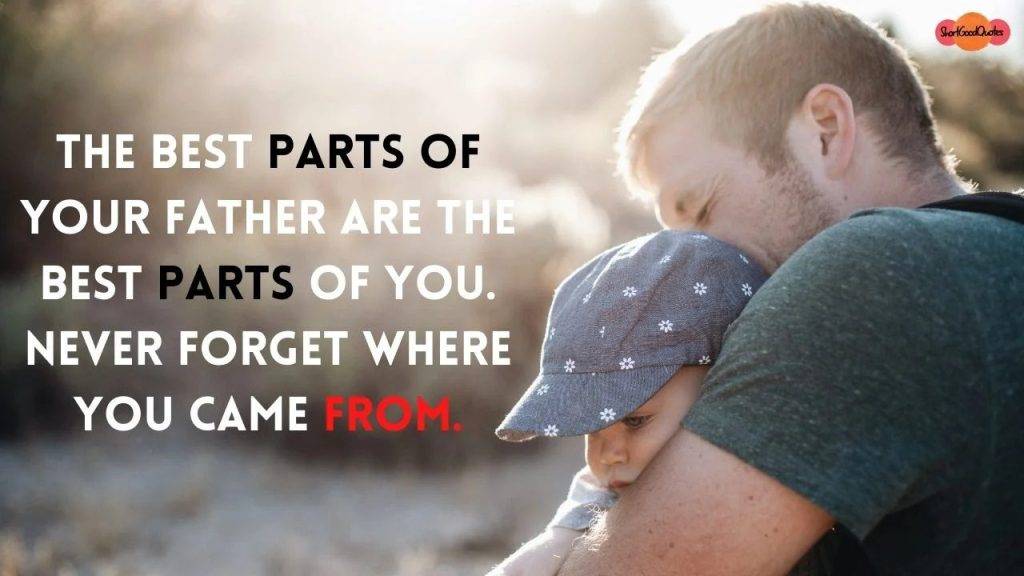 I’m not the prince of the world but at least I’m the prince of my father’s kingdom. Happy Father’s Day to my lovely dad. I feel blessed to be your son. 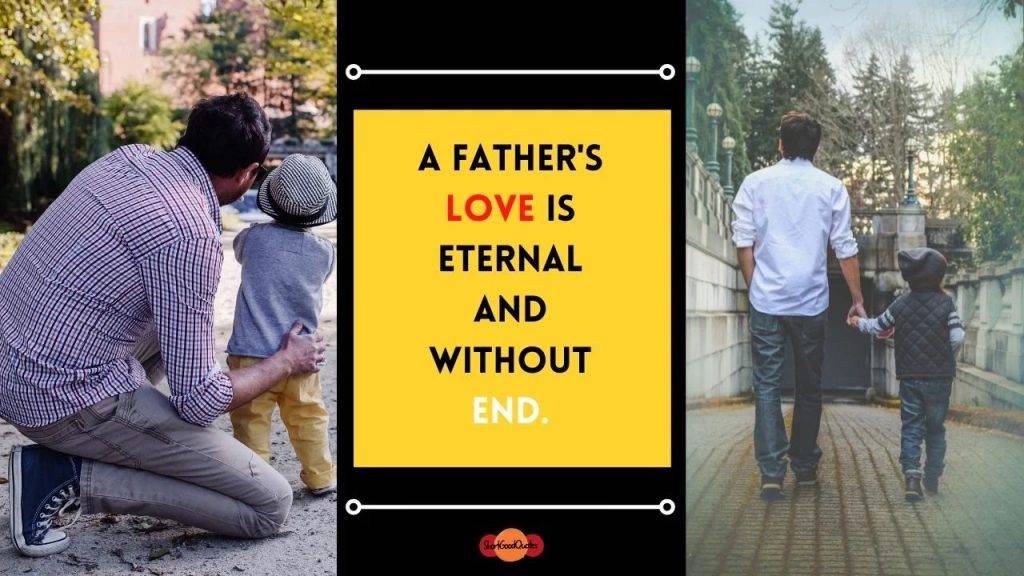 “The gift of a Father cannot been seen by our eyes, yet he sacrificed his every breath, sweat and everything to comfort us, his family.” – King Tony S. Singh

You’re the true hero from my childhood. Times may have changed but the things I have learned from you are both ageless and priceless. Happy Fathers Day!

“One father is enough to govern one hundred sons, but not a hundred sons one father.” – George Herbert

“My father didn’t tell me how to live. He lived and let me watch him do it.” – Clarence Budington Kelland 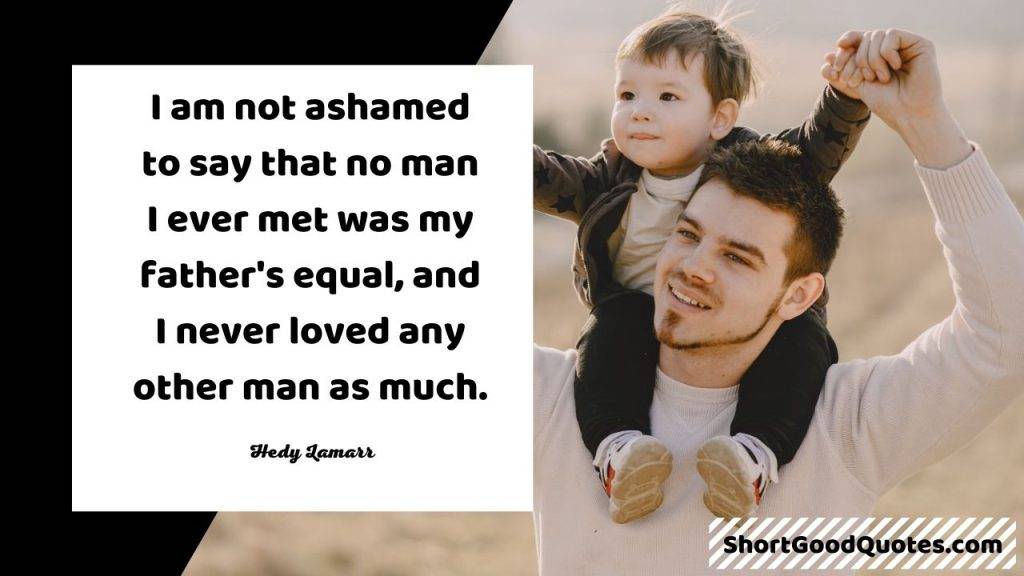 “One of the greatest gifts I’ve ever gotten came from God. I call him daddy.” – Unknown 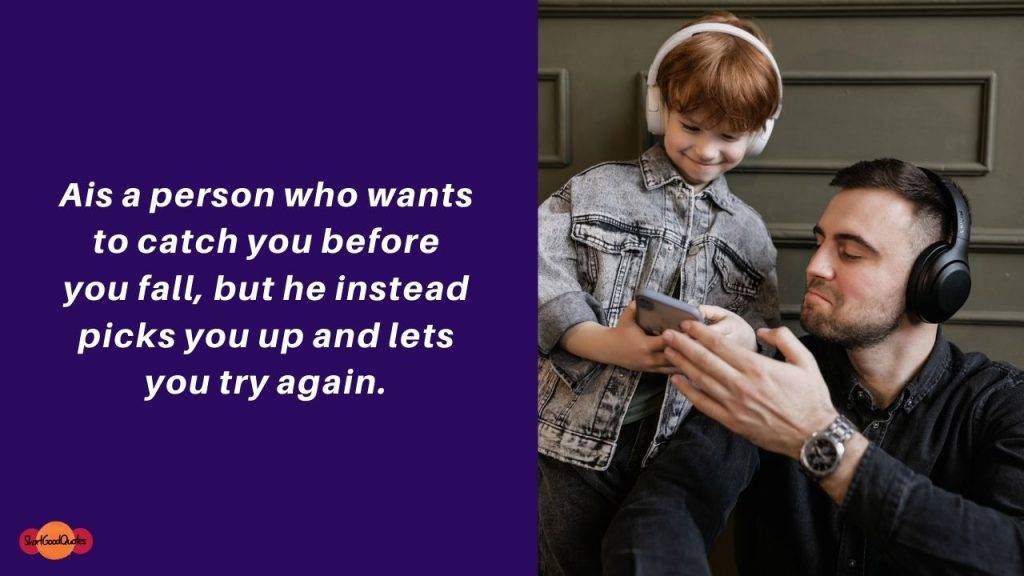 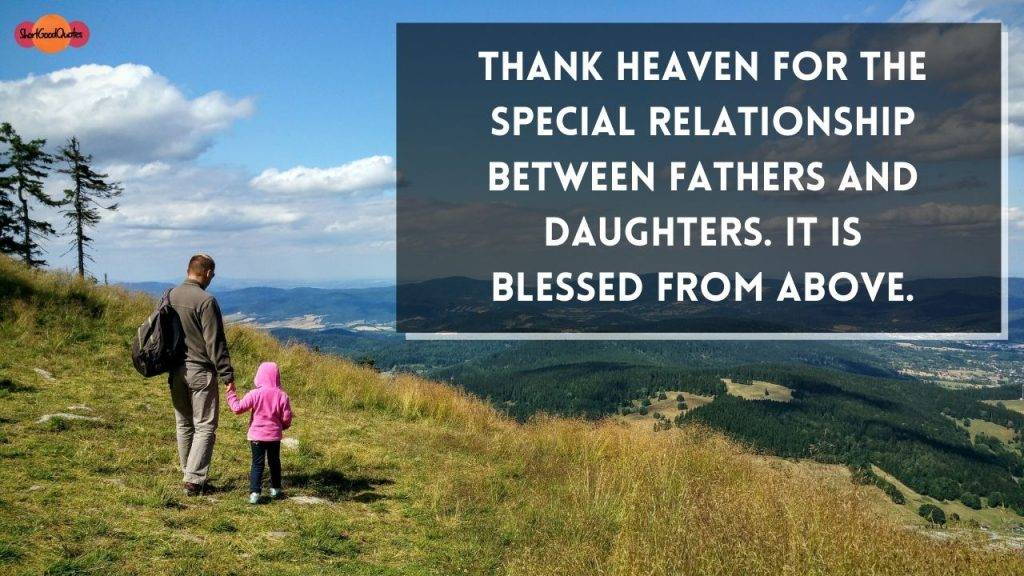 “It is not flesh and blood but the heart which makes us fathers and sons.” – Friedrich Schiller 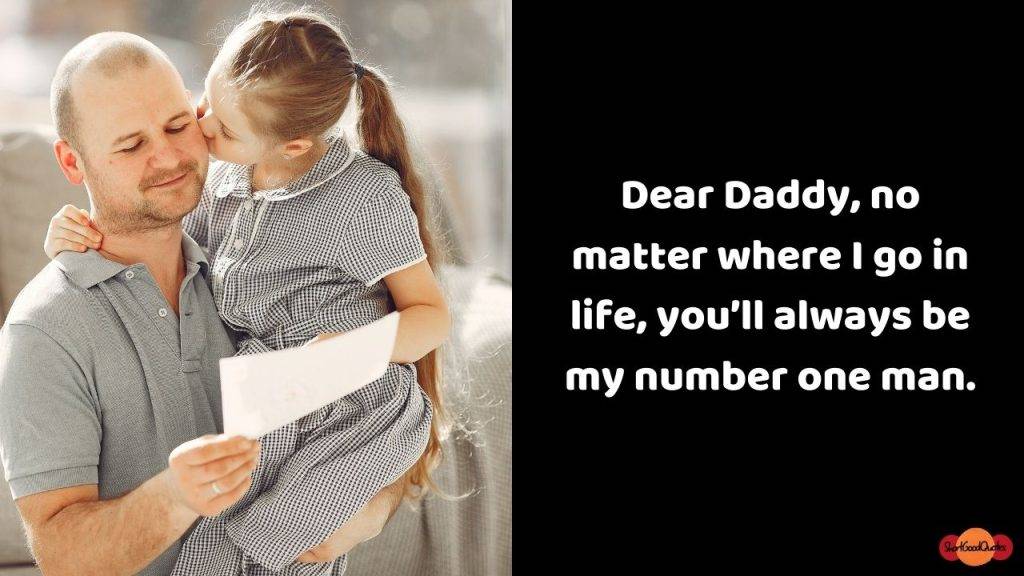 “No one in this world can love a girl more than her father.” – Michael Ratnadeepak 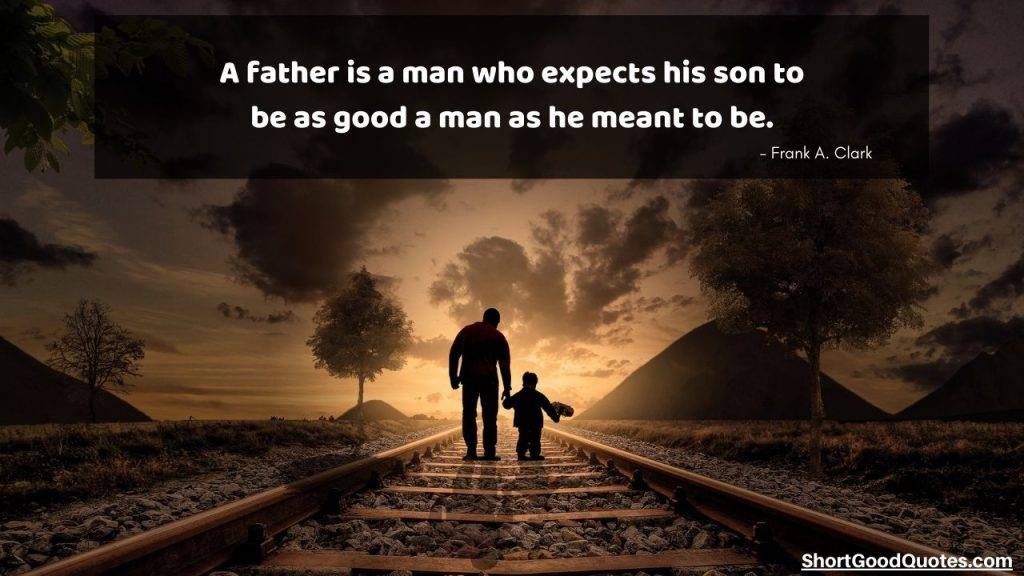 “To her, the name of father was another name for love.” – Fanny Fern

“Being a daddy’s girl is like having permanent armor for the rest of your life.” – Marinela Reka 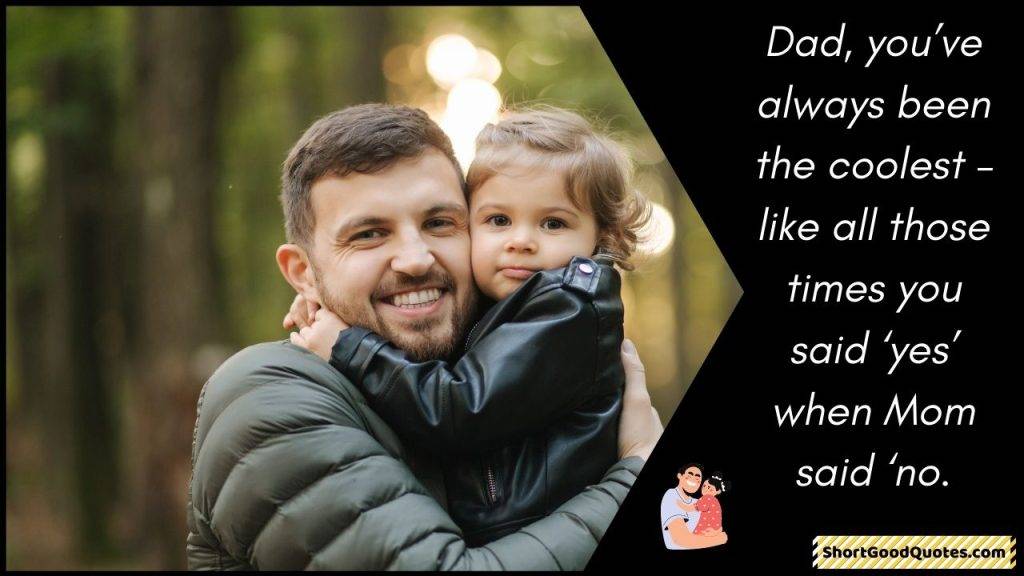 Of course, speaking from the heart when telling your father how much he means to you is the best thing in the world. Sweet happy Father’s Day quotes can help you get started and put your sentiments into words.

You may also mix your favorite quotation with one of these economical Father’s Day presents to show him how much you care. Whatever you choose to do, he’ll appreciate the fact that you have remembered him on Father’s Day.

These greetings are intended not only for your father, but also for your kid, sibling, grandpa, husband, or anybody else in your life who is like a father to you.

The father was traditionally the primary earner, while the mother was a stay-at-home mom who nurtured the kids. However, the conventional family paradigm is becoming less popular. Both parents typically work nowadays and split the tasks of raising children and taking care of the home. Scientific studies show that dads play an important role in child development and can influence the direction of their children’s development for the better. Even though men spend less time with their children than women, studies have repeatedly demonstrated that paternal warmth, nurturance, and proximity are connected with excellent child outcomes.

What is the history of father’s day?

Father’s Day began in the United States in the early twentieth century as a way to honor dads. Although it might be considered a complement to Mother’s Day, the holiday is not as well-known. It’s partly because it’s newer.
Sonora Smart Dodd “tried to establish an official counterpart to Mother’s Day for male parents” in 1909, according to History.com. She went around to area businesses to get support for her concept, and Washington State celebrated the first-ever Father’s Day on June 19, 1910.
During the administrations, Presidents Woodrow Wilson and Calvin Coolidge both urged Americans to recognize a day for fathers as a result of the incident. It was still not a recognized holiday. Unfortunately, the celebration’s exuberance did not endure long.
After several decades, President Richard Nixon issued Proclamation 4127 on May 1, 1972, declaring Father’s Day a national holiday, with the first formal commemoration taking place on June 18, 1972. In the document, he stated, “Let each American make this Father’s Day an occasion for renewing the love and thanks we bear to our dads, expanding and enduring through the years.

Father’s Day is the busiest day for collect (reverse charge) calls in the United States.

Father’s Day (also known as men’s day, Männertag) is observed on Ascension Day in Germany. It is customary for groups of men to go trekking with one or more man-pulled carts loaded with beer, wine, and regional food. Because so many men take advantage of this chance to become intoxicated, the number of alcohol-related accidents triples on this day.

Sonora Smart Dodd of the United States, whose father, William Jackson Smart, was an American Civil War hero, was the first to suggest Father’s Day.

After her mother died, he raised her and her five siblings. As a result, Sonora Dodd became a fan, and the concept of Father’s Day was presented.

And as World War II started, people began to use Father’s Day as a way to pay respect to American troops.

Is father’s day on the same date every year?

Don’t worry if you don’t recognize the date; the holiday shifts from year to year. If you forget, simply remember that Father’s Day is always on the third Sunday in June, and then double-check your calendar.