Dr. Avul Pakir Jainulabdeen Abdul Kalam is known as APJ Abdul Kalam. He was born on 15th October 1931 at Rameswaram, Tamil Nadu, He was specialized in Aero Engineering from Madras Institute of Technology.

He worked as an aeronautical engineer at ISRO and DRDO before becoming India’s president. He is commonly known as the Missile Man of India for his hard work on the expansion of ballistic missiles and space rocket technology. He is highly respected in India as an engineer and as a scientist.

Kalam played a crucial technical, organizational and political role in India’s Pokhran-II nuclear test in 1998, after the first original nuclear test by India in 1974. He was a professor at Anna University, Chennai and adjunct/attending faculty at many other educational and research institutions across India. Kalam became the last surviving former President of India when R. Venkataraman died on January 27, 2009.

APJ Abdul Kalam’s vision on certain points has been supported by him in his book India 2020 where he fully advocates an action plan to build India into a super knowledge power and into a developed country by the year 2020. Kalam is recognized with the view that India should take a more positive stand in international relations. He considers his job on India’s nuclear weapons program as a way to assert India’s place as a forthcoming nuclear superpower.

Kalam has been selected to receive the prestigious 2008 Hoover Medal for his extraordinary contribution, The citation said that he is being accepted for making state-of-the-art healthcare accessible to the common people at reasonable prices, providing quality medical care to remote and rural areas by building a link between doctors and technocrats.

He also supported spin-offs of defense technology to make state-of-the-art pharmaceutical equipment and starting telemedicine projects connecting rural hospitals to the super-specialty hospital. A pre-eminent specialist, a gifted engineer, and a true visionary, he is also a humble humanitarian in every sense of the word, it added.

So let us honor this icon by looking at his Inspiring Quotes by APJ Abdul Kalam, which represents his intelligence, charity, and grandeur. 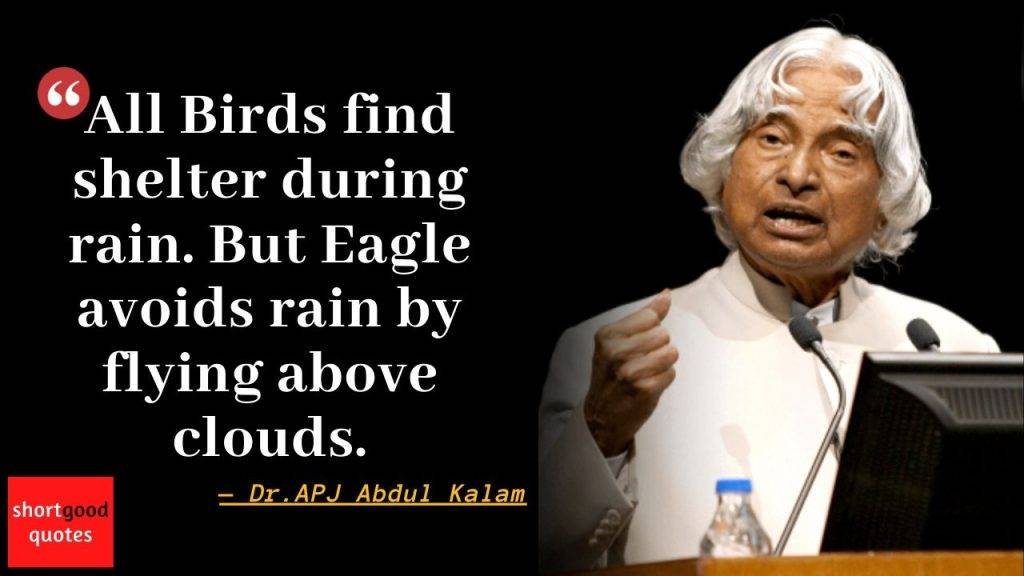 To succeed in your mission…you must have Single-minded devotion to your goal. —APJ Abdul Kalam 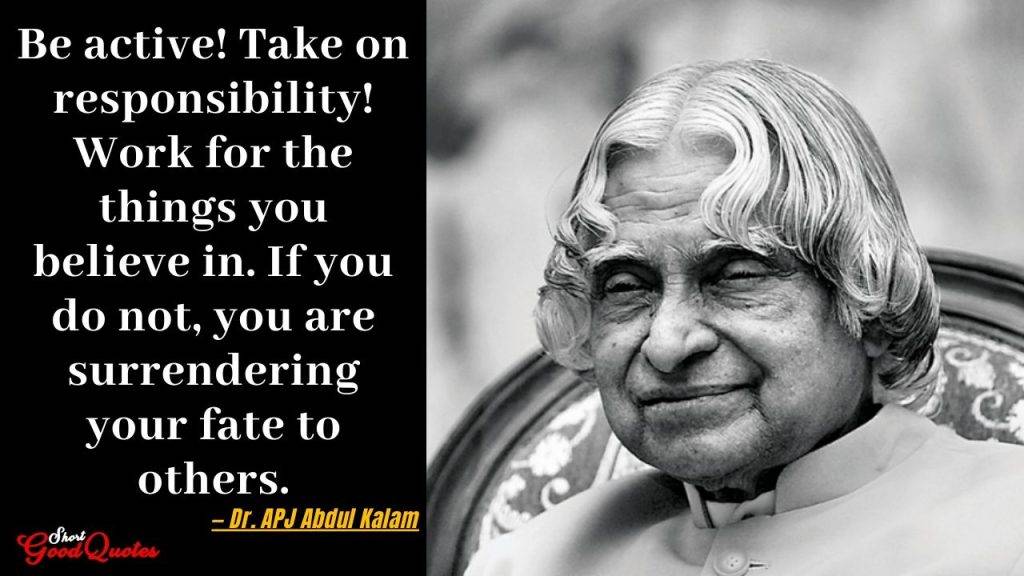 Thinking Should become your CAPITAL ASSET, no matter Whatever ups and downs You Come across in your Life. —Dr. APJ Abdul Kalam 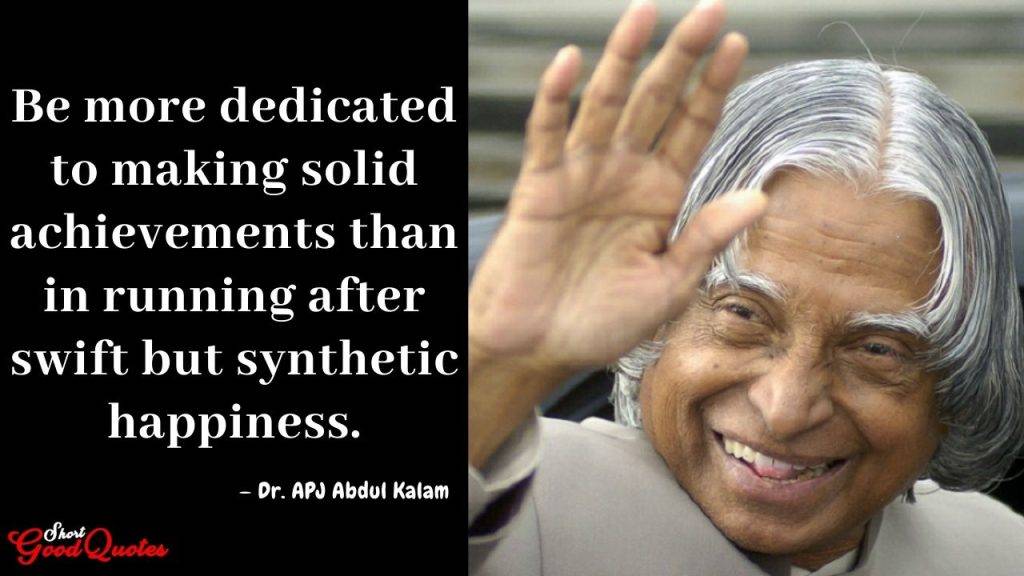 In life, no one will remember how you looked, walked, talked or what you did… Everyone just remembers you by the way you made THEM feel when they were with you. —Dr. APJ Abdul Kalam 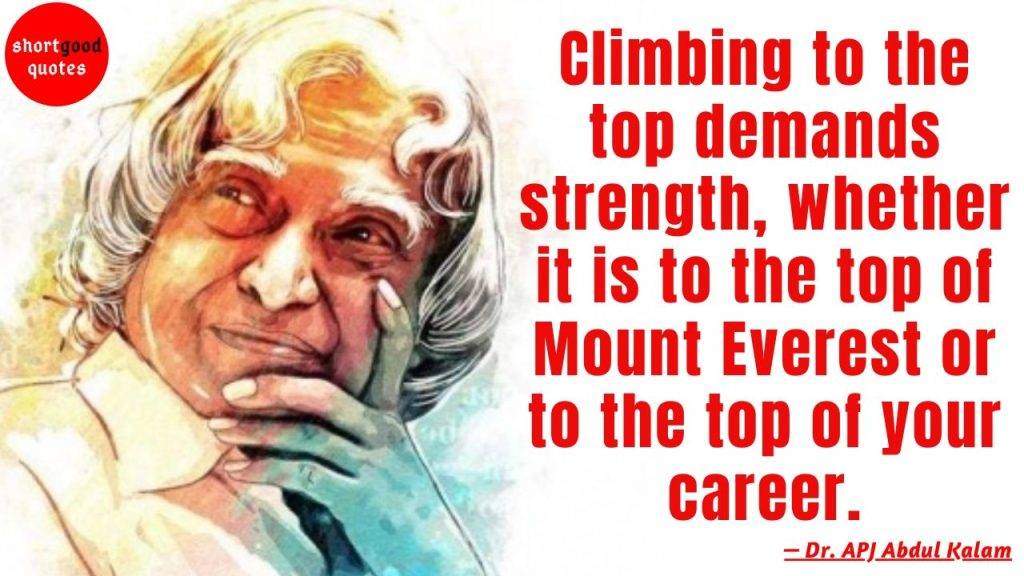 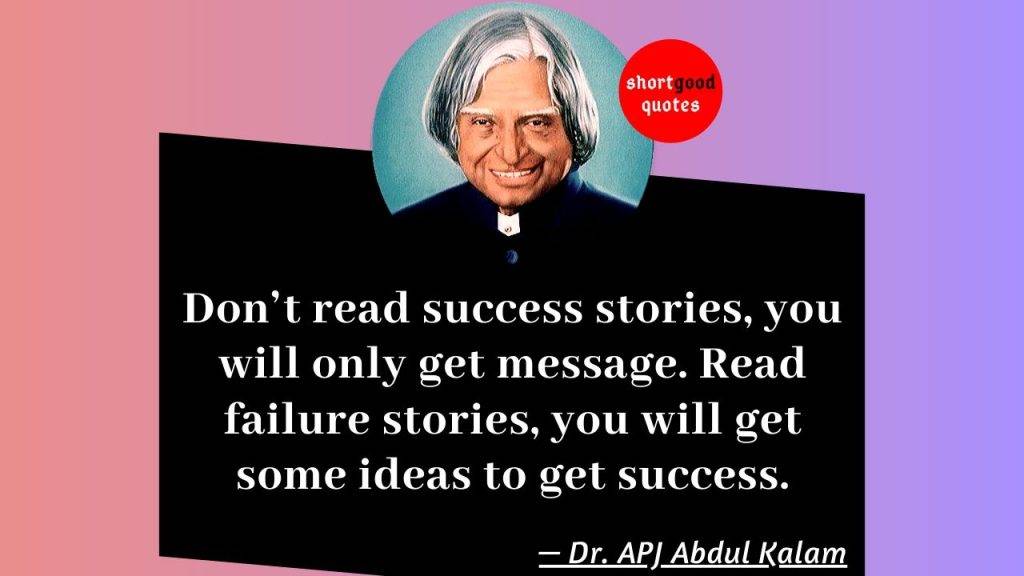 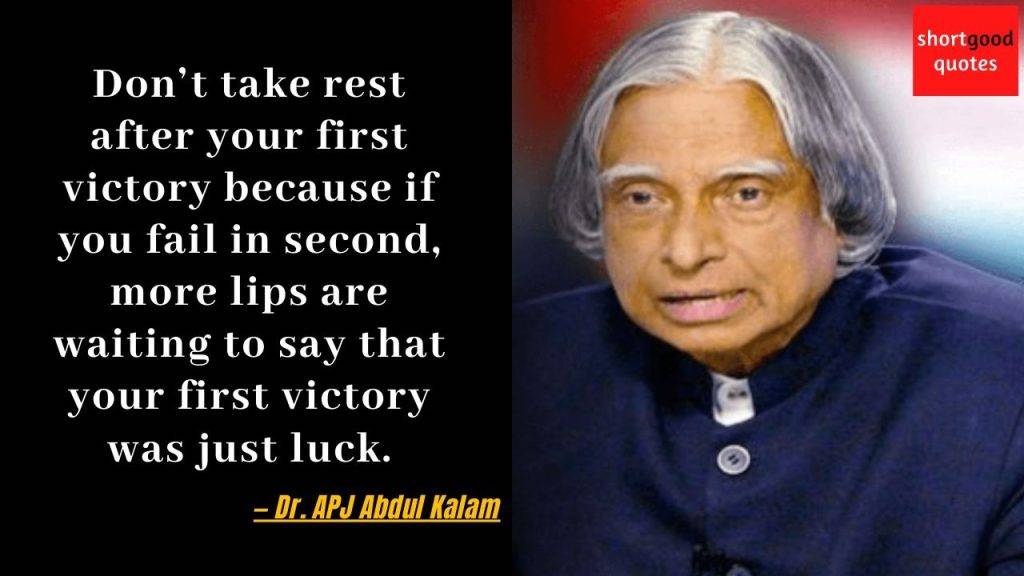 I was willing to accept what I could not change. —Dr. APJ Abdul Kalam 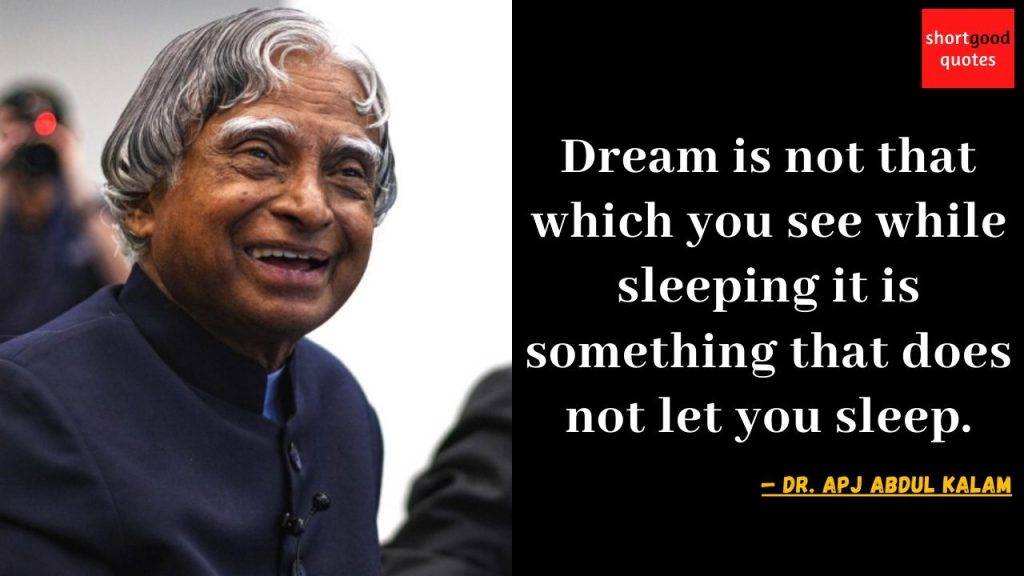 Be active! Take on responsibility! Work for the things you believe in. If you do not, you are surrendering your fate to others. —APJ Abdul Kalam 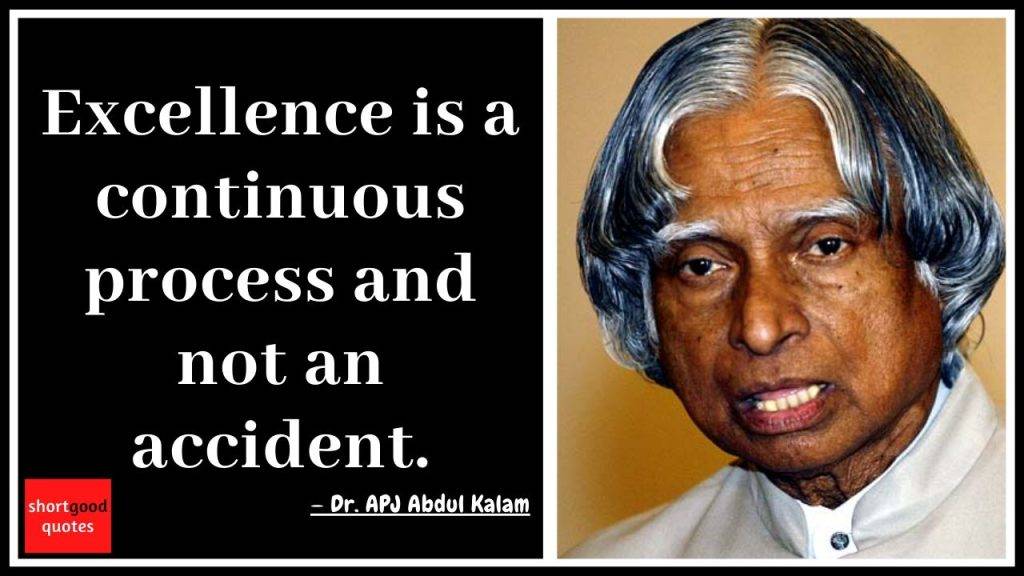 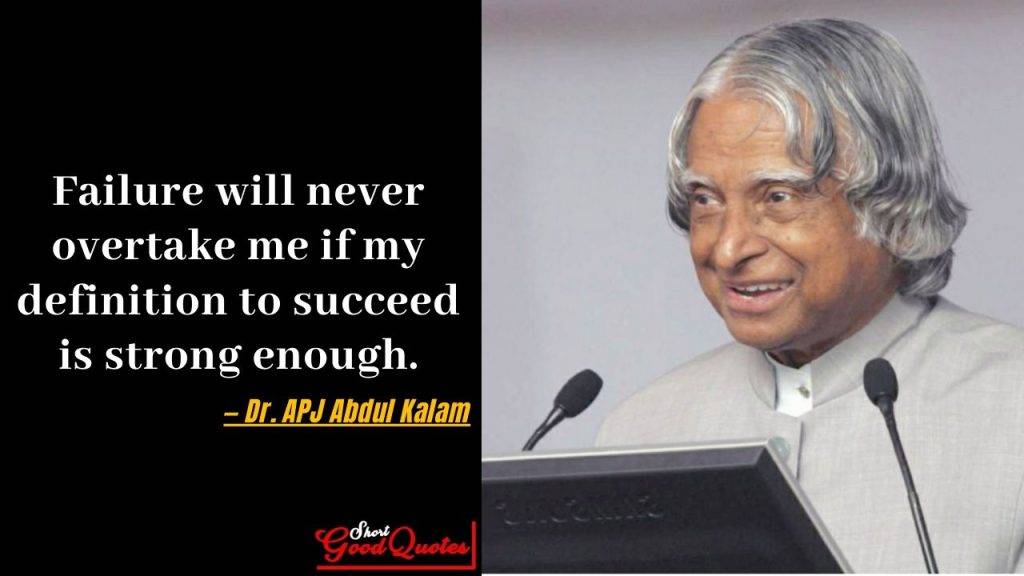 All of us do not have equal talent. But, all of us have an equal opportunity to develop our talents. —APJ Abdul Kalam 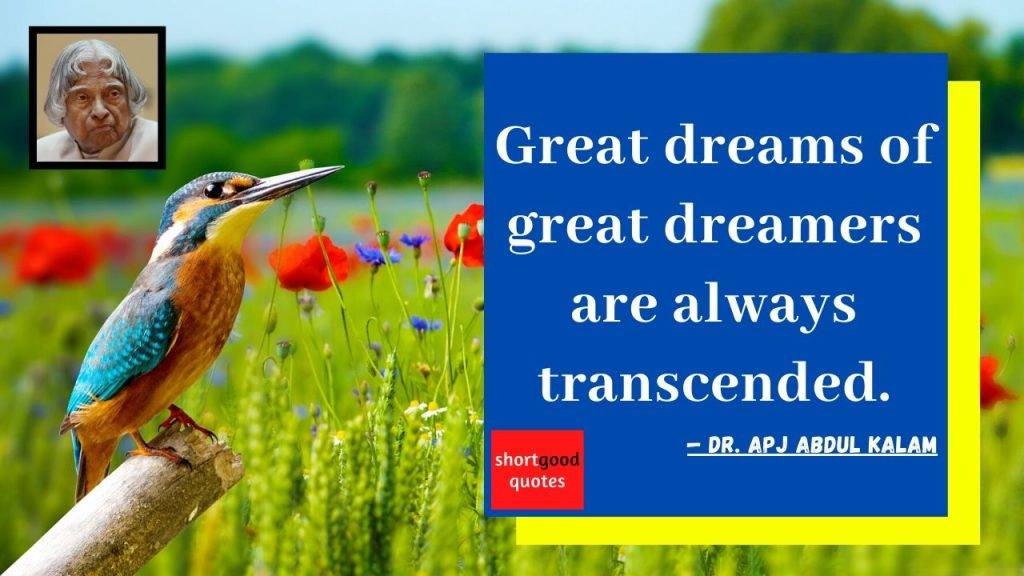 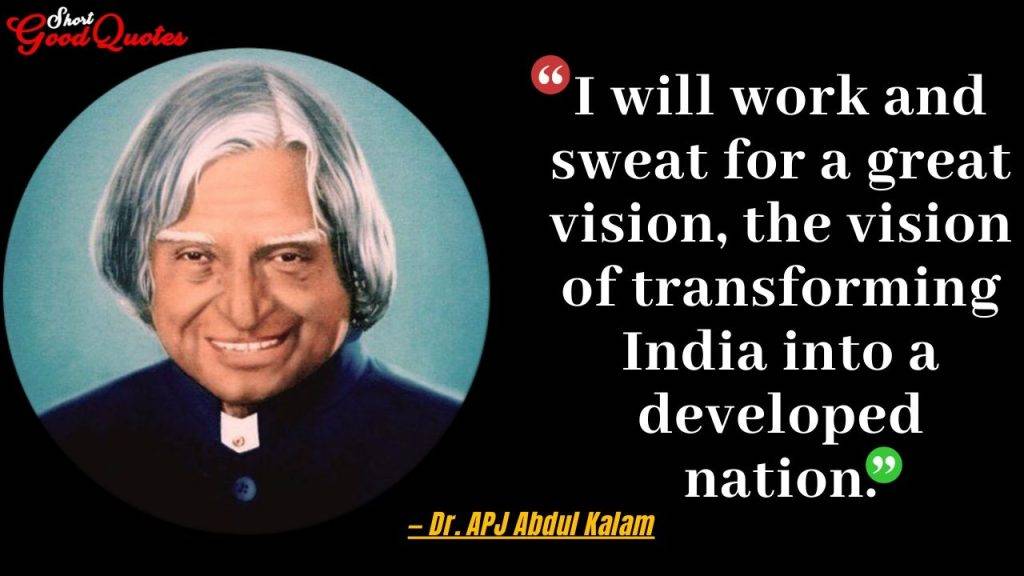 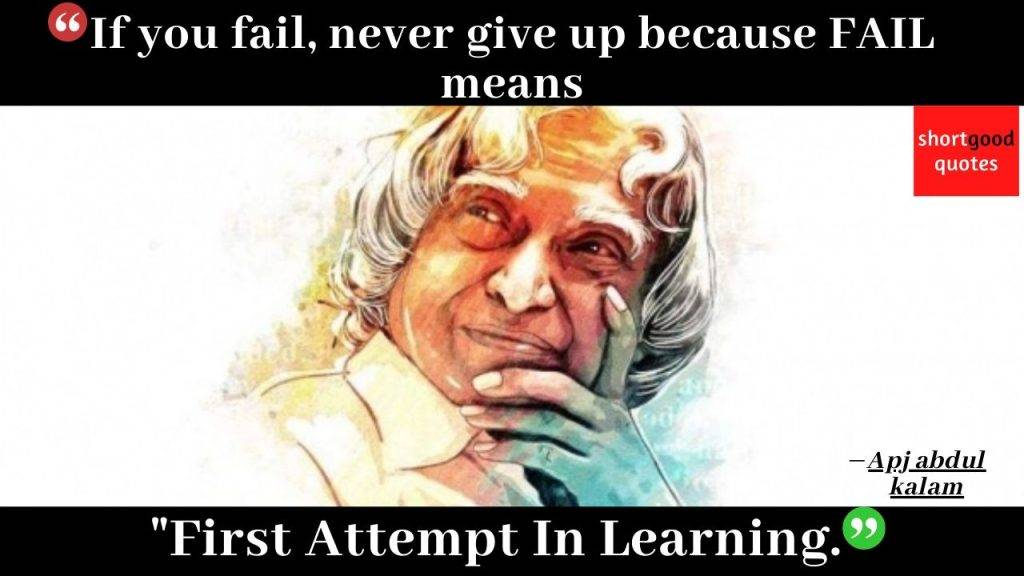 I’m not a handsome guy, but I can give my hand to someone who needs help. Beauty is in the heart, not in the face. —APJ Abdul Kalam 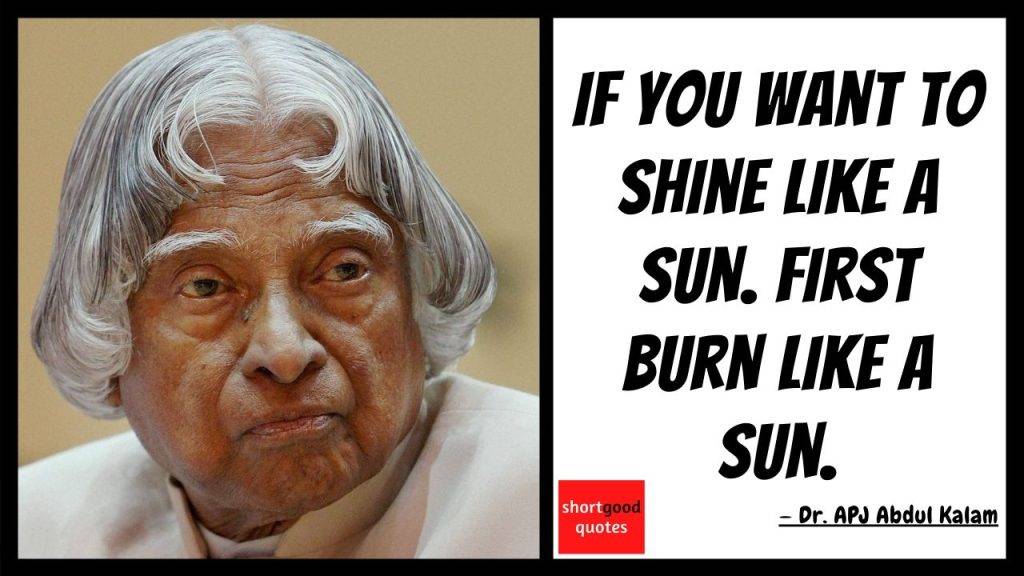 Look at the sky. We are not alone. The whole universe is friendly to us and conspires only to those who dream and work. —APJ Abdul Kalam 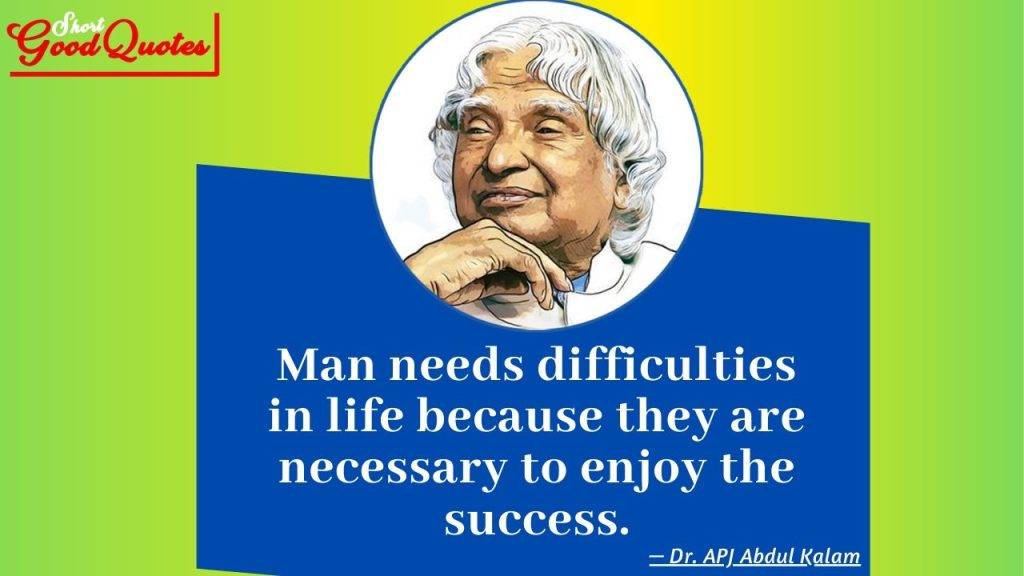 Success is when your signature changes to autograph. —APJ Abdul Kalam 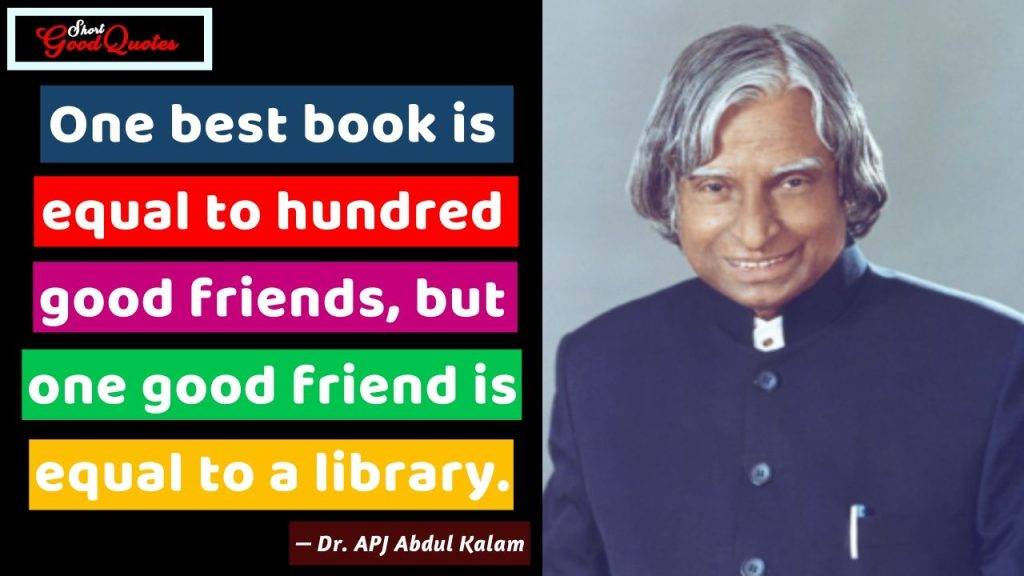 Let us sacrifice our today so that our children can have a better tomorrow. —APJ Abdul Kalam 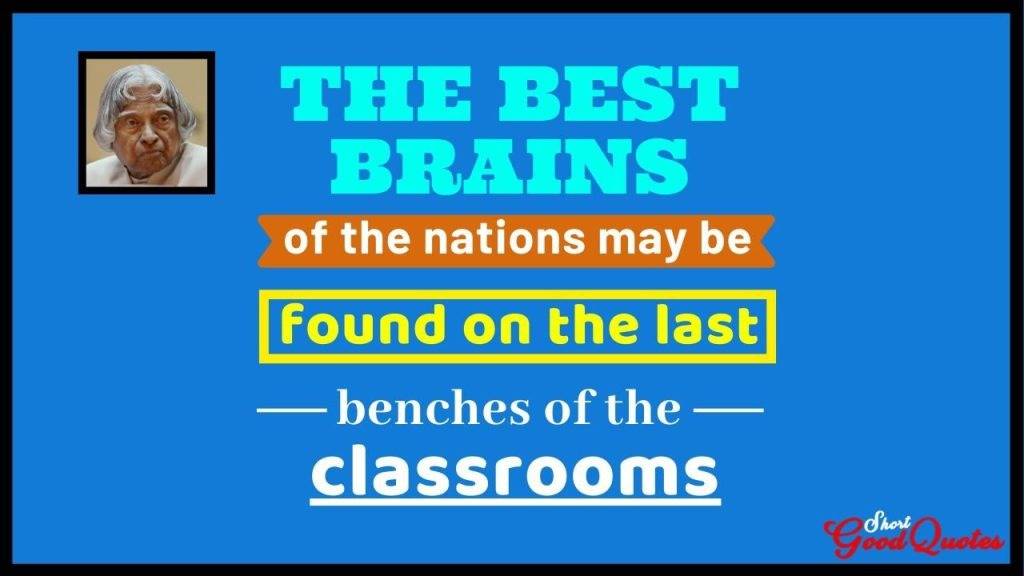 Man needs difficulties in life because they are necessary to enjoy success. —APJ Abdul Kalam 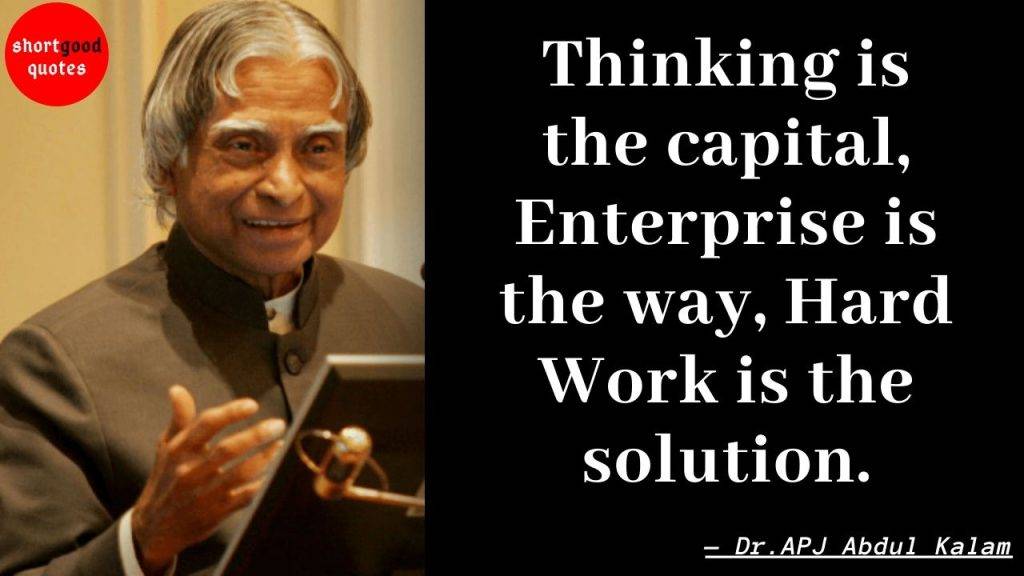 Never be a prisoner of your past. It was just a lesson, not a life sentence. —APJ Abdul Kalam 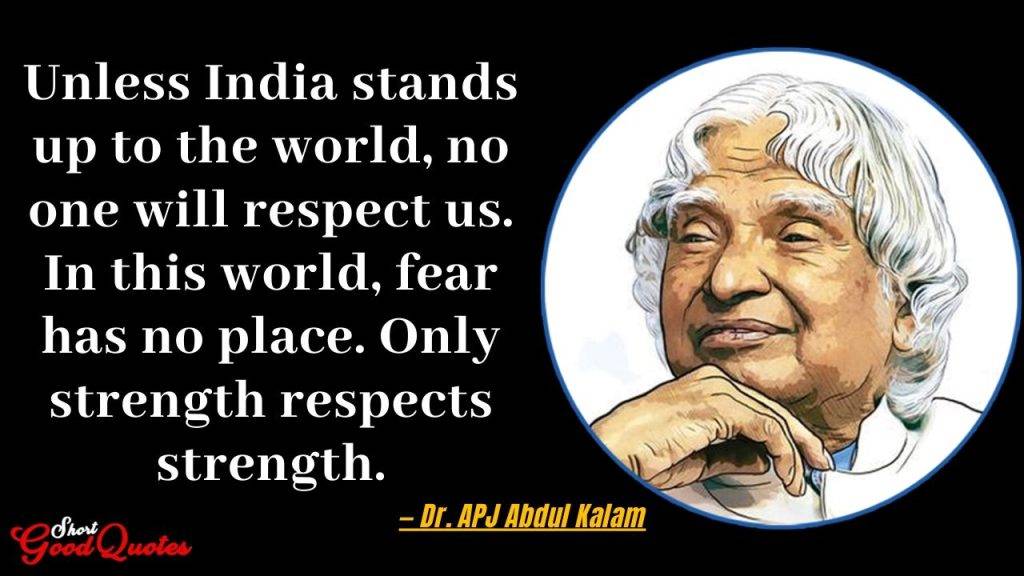 You were born with wings. Don’t crawl. Learn to use them to fly and fly. —APJ Abdul Kalam 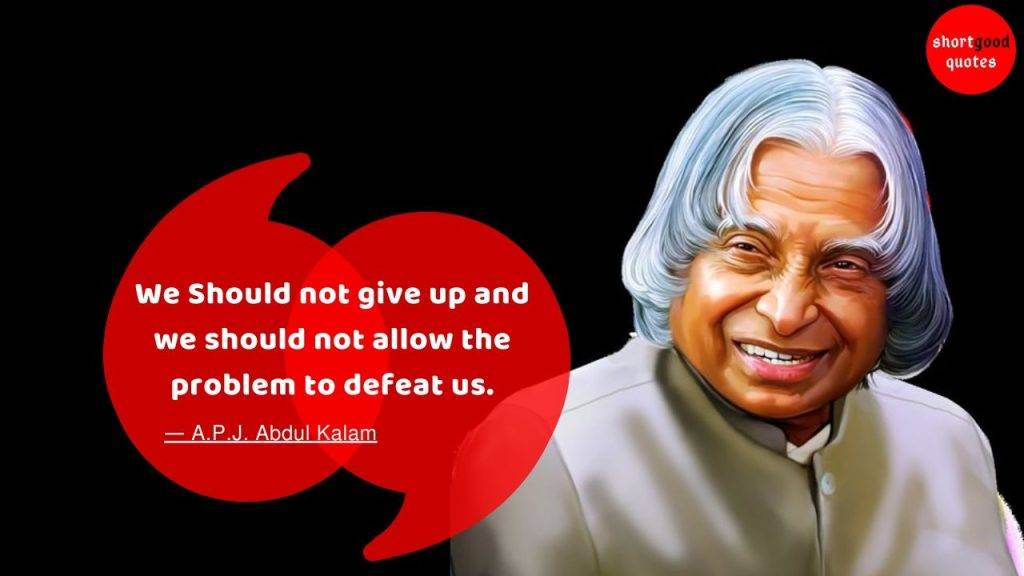 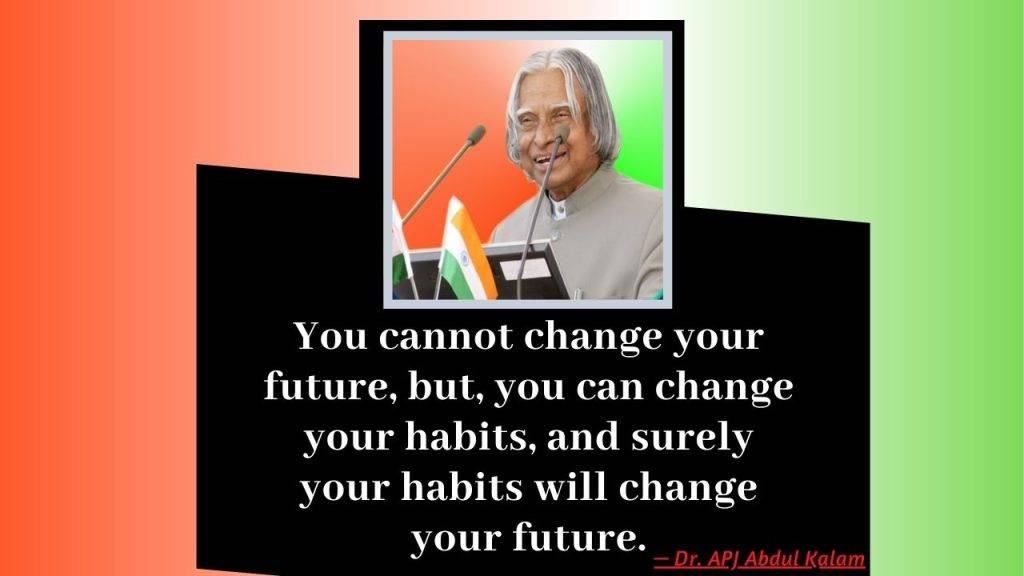 Every pain gives a lesson and every lesson changes a person. —APJ Abdul Kalam 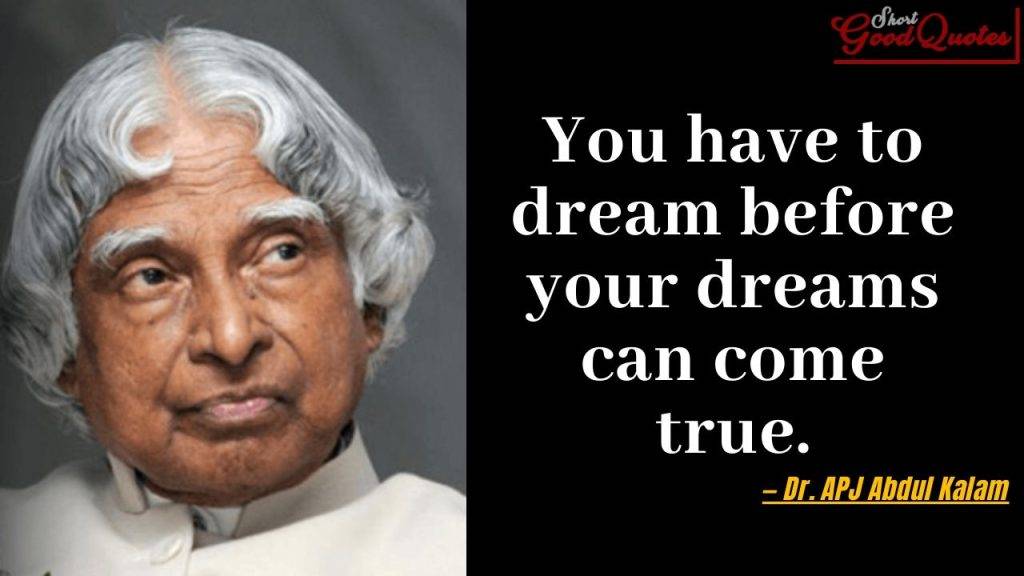 These finest APJ Abdul Kalam quotes were collected here. Millions have been inspired by his life and words, and you may join them. APJ Abdul Kalam Quotes are inspiring thoughts that can encourage you to fly. He was one of the most loved political figures India ever had and was widely referred to as the “People’s President”.

Abdul Kalam is the author of various books that promote poverty eradication and motivate India’s youth to strive for greater success. India 2020: A Vision for the New Millennium, Wings of fire: An autobiography, My Journey: Transforming Dreams Into Actions and Ignited Minds: Unleashing the Power within India are some of his significant writings.